Barbour is producing 23,000 protective gowns for frontline medical workers amid the Covid-19 pandemic.

It is helping to fill the PPE shortage by temporarily turning over its production line after workers stated there was not enough protective equipment.

Last week, Barbour chair Dame Margaret Barbour told BBC Radio 4 that approximately 7000 gowns should be ready within days, although batches have now already been received at many hospitals in the North East.

Burberry has dedicated its resources to support those impacted by the outbreak of Covid-19 by producing more than 100,000 pieces of PPE for the NHS at its Yorkshire trench coat factory.

“Since the outbreak of Covid-19, our priority has been the safety and wellbeing of our employees, our customers and our communities,” Burberry chief executive Marco Gobbetti said.

“While we continue to take mitigating actions to contain our costs and protect our financial position, we are also committed to safeguarding jobs and supporting the relief efforts during this global health emergency.

“I would like to thank our teams for their continued determination and resilience as we continue Thomas Burberry’s legacy of protecting others and caring for the community.”

John Lewis has teamed up with the British Medical Association to deliver care packages to NHS staff on the coronavirus frontline across the UK’s busiest hospitals.

The care packages will first be sent to the Nightingale London and major London NHS trusts followed by distribution to other acute hospitals across the UK.

Based on advice from the BMA, the packages include 60,000 items in total, including deodorant, shaving foam, hand cream, antibacterial hand gel and lip balm, as well as snack food, tea, coffee and socks.

The boxes also contain a wellbeing leaflet with information about a new 24/7 counselling service and guidance from the BMA.

The retail giant is also creating a wellbeing area for medics and volunteers at the new NHS Nightingale hospital in East London.

The Derbyshire-based fashion retailer is now making gowns and scrubs for hospitals located near its factory in the Midlands.

Employees returned to work at David Nieper after it received an order to make 5000 scrubs for two major NHS trusts.

At the beginning of April, Kingfisher has announced it donate £1 million worth of PPE to health services as demand for the items continues to soar in the wake of the coronavirus pandemic.

The home and DIY retail group, which operates B&Q and Screwfix in the UK as well as other fascias in France and Poland, said it would donate five trucks of protective eyewear and masks worth over £200,000 to the NHS emergency hub in the Midlands.

Kingfisher also confirmed it had ordered a further three million face masks from suppliers in China and Israel that it expects to arrive towards the end of April.

Joules is supporting the NHS by sourcing thousands of masks and hospital gowns and donating products for both those working on the frontline and the most vulnerable.

The retailer is leveraging its supplier partnerships to source and donate 50,000 civilian-grade masks, all of which are being donated to those who urgently need them – including the University of Leicester Hospitals Trust, Joules charity partner Hospice UK, and various regional key worker end user groups.

Alongside this, Joules is working to support the University of Leicester Hospitals Trust further with sourcing urgently needed hospital gowns.

All profits from products within the edit will be donated to the NHS Charities Together Urgent Covid-19 Appeal to fund a wide range of initiatives such as wellbeing packs for staff and vital accommodation for frontline workers.

Furniture retailer Dunelm is retooling a curtain factory to make medical gowns for NHS workers amid the ongoing pandemic.

The firm said it was working with the NHS to re-purpose its curtain production site in Leicester, although it was not using curtain materials to make the gowns.

“We remain focused on doing the right thing for our colleagues, customers and the communities where we operate,” Dunelm chief executive Nick Wilkinson said.

Costcutter has installed 20 pop-up stores in NHS hospitals to serve doctors and nurses who are unable or do not have the time to travel to supermarkets amid the coronavirus crisis.

The pop-up stores will provide NHS workers access to staple products such as bread and milk.

“With a number of retail units forced to close due to the Covid-19 crisis, it is vitally important that the NHS staff at these hospitals can easily get hold of core grocery and household products that they need,” Costcutter head of national retail Bill Randles said. 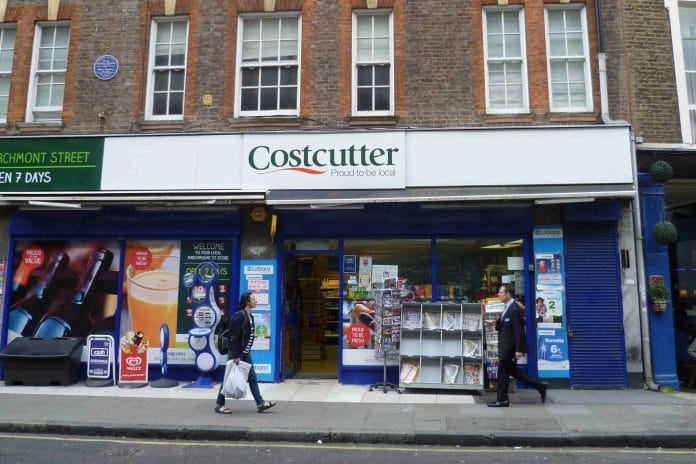 Tesco also joined an alliance of businesses via SalutetheNHS.org to serve one million meals to NHS staff on the frontline against coronavirus.

At the beginning of the month Marks & Spencer announced a series of initiatives to support the NHS’s response to coronavirus in the UK, including clothing donations and a free food delivery service.

M&S is donating “We are the NHS” t-shirts as part of the uniform pack for NHS Nightingale frontline team in London, as well as deliver clothing care packs to provide comfort for discharged patients at the temporary hospital.

The retailer is also donating over 4000 pyjamas to be used as scrubs to NHS Derbyshire, which is located close to M&S’s Castle Donington distribution centre.

This week, the retailer extended its support for the NHS by extending its donations to the more hospitals.

“From this week, we are sourcing, packing and delivering the individual care packs, which each contain a t-shirt, jumper, joggers, underwear and socks, and will be available in a range of sizes,” M&S said.

Separately, M&S introduced specially designed 10p bags for life last week in 560 Foodhalls, of which 100 per cent of profits will be donated to NHS Charities Together to support staff and volunteers caring for Covid-19 patients.

Just yesterday, the stalwart high street chain launched “All in This Together” t-shirts as part of fundraising efforts for the NHS.

It went on to become M&S’s fastest-ever selling t-shirt – with one sold every second.

Mulberry said it has switched its handbag factory in Somerset to making 8000 gowns for NHS workers in Bristol.

The retailer is also supporting the Bristol “Scrub Hub” – a network of voluntary community groups making scrubs to order for NHS staff.

Using state-of-the-art machinery, Mulberry is cutting large volumes of fabric to pattern which is then ready to be stitched by volunteers.

Mulberry has also raised over £75,000 via its Coronavirus Appeal in support of the National Emergencies Trust since its launch in March. 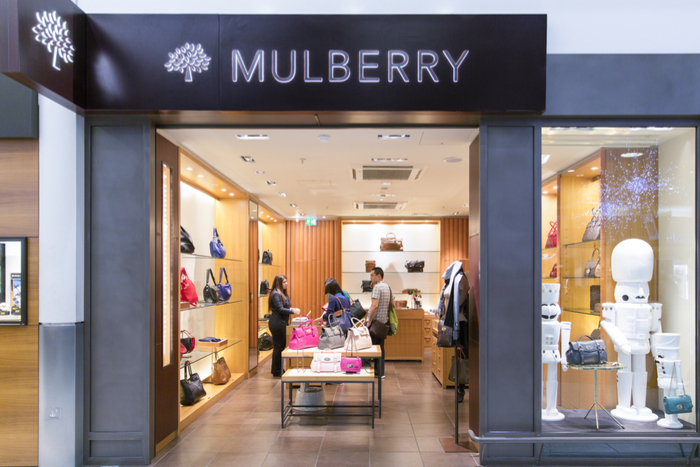 The value fashion retailer made the donation in the form of care packs which contain underwear, leggings, t-shirts, footwear and towels.

They will be used by medical staff who are frequently working back-to-back shifts or living away from home, as well as patients who need a change of clothes or toiletries.

Primark has made similar donations in other countries where it trades, such as Ireland, Italy, Spain and the US.

The Solihull-based online retailer, which has more than four million followers on its main Instagram account, is encouraging gym-goers exercising at home to upload a “sweaty selfie” to its social media feeds in order to help reach its target.

For every selfie uploaded with the hashtag #NHSSweatySelfie, the sportswear brand will donate £5 per person to NHS charities supporting services at Birmingham’s Women’s and Children’s Hospitals.

Inditex, the parent company of Zara, is converting its factories to make hospital gowns for patients and healthcare workers in Spain.

Earlier this week in its factory in Troyes, France, Lacoste reached a milestone of producing 100,000 face masks and has now pledged to reach 200,000 masks.

LVMH has delivered over 10 million masks in France and plans to renew the order each week for at least the next four weeks.