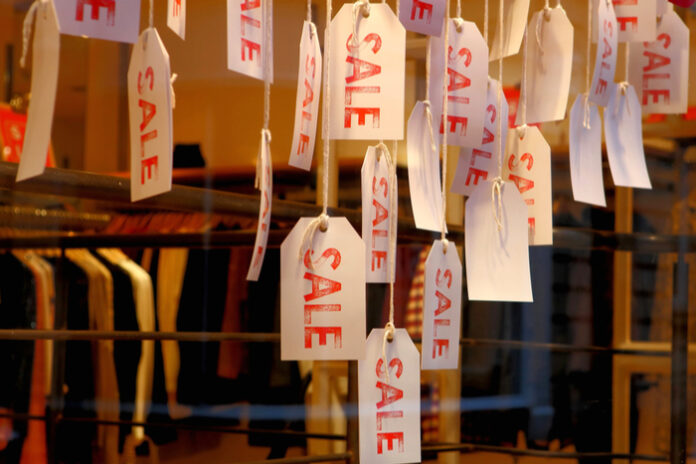 // The month-on-month decline followed a 5.2% slide in March

The total volume of retail sales dropped by a record 18.1 per cent in April compared to March as the coronavirus lockdown took hold across the UK, according to the ONS.

The April drop followed the previous month-on-month fall of 5.2 per cent that was recorded in March.

The volume of goods sold by household stores plummeted 45.4 per cent, on the back of an 8.7 per cent drop from February to March.

The proportion spent online rose to 30.7 per cent in April, the highest on record and up from 19.1 per cent over the same month last year.

The ONS said almost all store types saw record online spending in April, as many retailers shifted to online-only trading.

The only sectors to see an increase in volume of sales last month were non-store retailing such as online and catalogue businesses, up 18 per cent on the previous month, and off licences, which saw increases of 2.3 per cent for the same period.

“The effects of Covid-19 have contributed to a record monthly fall in retail sales of nearly a fifth,” ONS deputy national statistician for economic statistics Jonathan Athow said.

“Fuel and clothing sales fell significantly while spending on food also dropped after the surge from the panic buying seen last month. Off-licence sales, however, continued to increase.

“Online shopping has again surged as people purchased goods from their homes.”