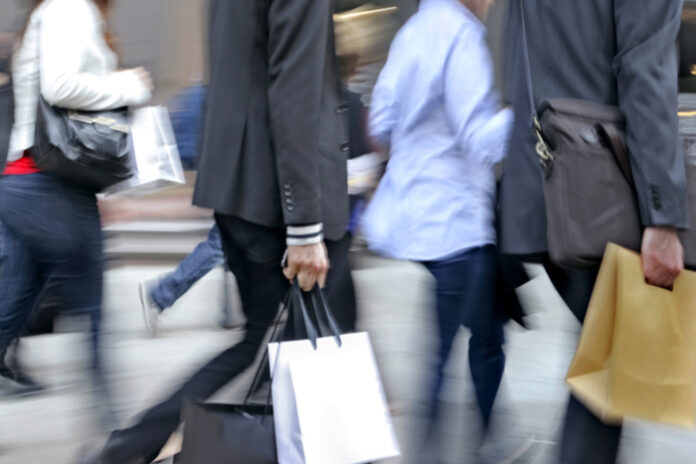 // The Irish Republic is already mostly back to trading again

// England will reopen on Monday, but Wales and Scotland will remain in lockdown

Shoppers are back on high streets in Northern Ireland as retailers returned to business after three months of lockdown.

All non-essential shops were able to reopen on Friday as the region became the first part of the UK to make the move.

Non-essential shops across England will be able to reopen from Monday, but Wales and Scotland will remain in lockdown until further guidance.

The majority of shops in the Republic of Ireland are already back trading.

In Belfast, footfall was still considerably down on pre-pandemic levels on Friday morning, with bad weather likely putting off some people from heading back to the city centre.

Those customers who did venture out were met with a range of new hygiene and social distancing measures, both in and outside retail outlets.

There were queuing systems in place, screens at tills and several shop workers wore masks.

Shops pulled up their shutters as latest statistics showed the coronavirus death rate in Northern Ireland has fallen for a sixth week in a row.

There was one more Covid-19 death reported on Friday – only the second reported in the region by the Department of Health this week.

Simon Hamilton, the chief executive of Belfast Chamber of Commerce, welcomed the restart of business.

“It’s great to hear shutters going up and staff coming in and people coming into Belfast city centre shopping again,” he told the PA news agency.

He said the retail industry is usually only closed for one day a year – Christmas Day – so three months without trade has been “hugely devastating” to the sector.

Hamilton said it was a symbolically important day.

“It shows that there is some light at the end of the tunnel and a bit of hope that we are getting back to some semblance of normality,” he said.

The reopening of the retail sector is one of a series of relaxations coming into force in Northern Ireland in the coming days.

From Saturday, people living alone will be able to spend time indoors with one other household without any social distancing restrictions.