// Tesco offloads Polish division, which has 301 stores, for £181m to Salling Group

Tesco has sold its entire Polish supermarket division for £181 million in the latest series of retreats from international operations led by chief executive Dave Lewis.

The outgoing boss, who leaves later this year, said the decision to leave Poland after 25 years was to allow Tesco to focus attentions on businesses in the Czech Republic, Hungary and Slovakia.

The new owners, Salling Group, will now control 301 stores in the country, adding to the Danish retailer’s portfolio in Germany, Denmark and Poland.

Under Tesco’s control, those sites generated sales of £947 million last year, with a loss before tax of £107 million.

“We have seen significant progress in our business in Central Europe but continue to see market challenges in Poland,” Lewis said.

“Today’s announcement allows us to focus in the region on our business in the Czech Republic, Hungary and Slovakia, where we have stronger market positions with good growth prospects and achieve margins, cashflows and returns which are accretive to the group.”

Sales in the past financial year at the Tesco Polska division were £1.37 billion, although it made an operating loss of £24 million, as the grocer spent much of the past year selling its Polish property portfolio.

Bosses also announced 19 stores in the country not covered by the transaction will be sold, following 22 site sales over the past 18 months netting proceeds of £200 million.

Last year Tesco said it sold 2.1 million square feet of space in Poland, with particular focus on selling larger hypermarkets and focusing on smaller sites instead.

Lewis has undergone major cost-cutting measures at Tesco under his tenure, including selling the grocery giant’s South Korea and Turkey businesses.

Most recently, he sold the grocer’s Thai and Malaysia businesses for £8.2 billion and decided to hand the cash to shareholders in dividends.

However, he faced criticism for not delaying the payout by a year due to the uncertainty caused by the coronavirus crisis.

Some were critical of the optics of giving out huge sums of cash at the same time it also benefited from the UK Government’s one-year 100 per cent business rates holiday in England.

However, with Lewis leaving, the handout would have been made by his successor Ken Murphy – who starts in the top job in October – if it had been delayed by a year. 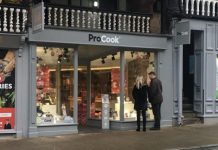 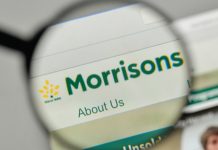