Intu has reportedly made redundancies at both its London head office and one of its subsidiary property companies after collapsing into administration last month.

The shopping centre owner has cut 46 roles from its group head offices in London, as well as a further 15 jobs at its Broadmarsh centre in Nottingham, Retail Week reported.

This follows the departure of Intu chief executive Matthew Roberts, who resigned two weeks ago having failed to renegotiate with lenders on debt repayments.

KPMG said that at the time of the administration that there were approximately 370 people working at Intu’s head office.

Intu is now in the process of a restructuring, being overseen by KPMG, that has been made more challenging by the complex ownership structure of its 17 shopping centres.

The landlord owns centres such as Trafford Centre in Manchester, Lakeside in Essex and MetroCentre in Gateshead across a series of subsidiary property companies.

Speculation has been rampant that Intu will be forced to sell off some of its prime sites to pay back its debts.

In May, Intu said it was seeking standstill-based agreements with creditors as it struggled with the Covid-19 disruption and expected covenant breaches.

The company said it would “likely” breach its covenants at the end of June and was negotiating with its lenders to freeze its debts during the pandemic.

It also said in early June that it expects the amount it collects from rents and service charges to tumble by £181.6 million this year as its tenants had their doors shut due to lockdown. 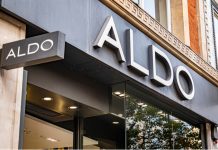