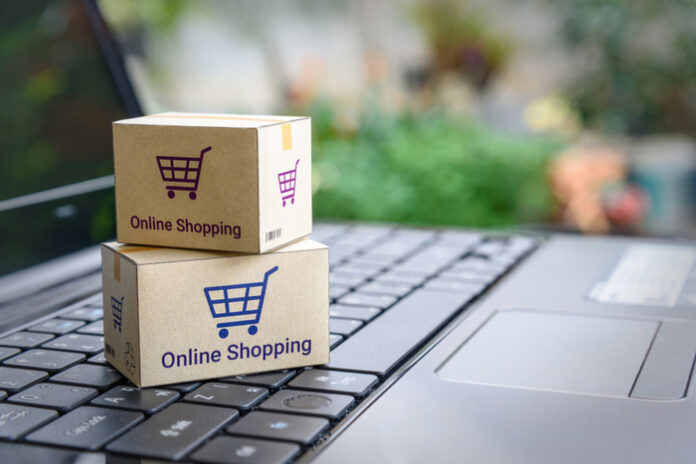 // Online retail sales growth skyrocketed by 33.9% in June, surpassing growth in May

The UK’s online retail sales continued to soar during June, even though non-essential bricks-and-mortar retail began to exit lockdown from the middle of the month.

According to the latest Online Retail Index from IMRG and Capgemini, overall online retail sales in June surged 33.9 per cent year-on-year – a new 12-year high since March 2008.

On a month-on-month basis, June’s growth is 3.5 per cent higher than what was recorded in May.

Last month’s acceleration in online sales was underpinned by the continued success of almost every category – except for fashion.

Leading the pack, electrical sales saw the largest increase – up a staggering 99.7 per cent year-on-year.

Meanwhile, with pubs still closed beer, wine and spirit sales swelled to 79.9 per cent year-on-year, which represents an increase of 78.8 per cent year-to-date.

In a further nod towards shifting consumer habits, IMRG and Capgmini said health and beauty sales were up 72.8 per cent year-on-year – untouched by the reopening of their physical counterparts.

However, demand in fashion failed to return as lockdown eased, with sales falling by 6.5 per cent year-on-year for the month of June.

This decline was underscored by poor performances in footwear, womenswear and menswear – with sales decreases of 18.4 per cent, 15.1 per cent and 10.7 per cent respectively.

The overall online retail sales in June were overwhelmingly driven by multichannel retailers – those that have a bricks-and-mortar and online store presence.

Continuing the trend from March, multichannel retailers recorded far higher growth for the fifth consecutive month over their online-only counterparts, with sales up 51.7 per cent versus 10 per cent.

“Online sales have continued to go from strength to strength in June, albeit at a slower rate than last month,” Capgemini managing consultant Lucy Gibbs said.

“Clothing is the only sector to have remained in negative year-on-year results online, with footwear down 18 per cent, womenswear down 15 per cent, perhaps surprising as we might expect to see a resurgence in fashion due to pent-up demand as restrictions ease.

“The persistent increase in ecommerce will likely translate into new habits that will continue as we transition out of lockdown, however this is expected to be at lower levels than we have seen during the lockdown period.

“As the weeks continue, we will see if we have reached the turning point in online sales growth and which behaviours are here to stay as spending starts to revert to a ‘new normal’.”

IMRG insight director Andy Mulcahy said: “In June, growth for online retail sales was once again at a rate we’ve not seen since 2008, even with the shops open for half of it.

“So, initially at least, online has proven resilient to the reopening of the other main outlet for retail; the high street.

“However, as of 4th July, people have more options for how to spend their money, as pubs, restaurants and other leisure spaces have opened.

“So how long will the online boom last? For some categories (such as grocery and beers, wine and spirits) it seems reasonable to assume that some of the regular demand will have shifted online for good, while for other categories the huge surges they have seen might reach natural limits and slow down.

“It seems remarkable to suggest that we might be seeing the gradual start of that in garden, where in the last week of June for example, growth was ‘only’ 57 per cent – the lowest for that category since lockdown started.”