The family that owns the M&Co value fashion chain is reportedly set to buy back the business via a pre-pack administration deal as part of efforts to save it from collapse.

According to Sky News, the pre-pack deal would see its assets sold back to McGeoch family and could spell the permanent closure of 50 stores and hundreds of job cuts.

While an exact number of job losses is not yet know, sources cited by Sky News said that the “majority” of M&Co’s 2700-strong workforce would keep their jobs after the pre-pack administration deal is finalised.

M&Co currently operates from 262 stores in the UK, most of which have reopened since lockdown restrictions were eased on June 15.

The news comes after the value retailer drafted in Deloitte in June to review options for the business, including a partial sale or full sale via a pre-pack administration.

A number of turnaround funds and private equity firms were approached as part of the process.

M&Co has also previously optimism about its prospects, adding that changing retail patterns mean shoppers are likely to choose to visit stores in local towns rather than travel long distances.

Founded in 1961, M&Co is owned by the McGeoch family and is run by chief executive Andy McGeoch.

In its most recent results which showed trading for the year to February 28 2020, the retailer reported a 40 per cent drop in operating profits to £3.6 million.

A pre-pack administration would make M&Co the latest in a fast-growing list of retailers that have announced similar insolvency processes, or general restructuring and job cuts, after fashion and department store chains took a battering from the coronavirus lockdown.

M&Co have not yet commented. 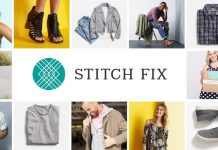 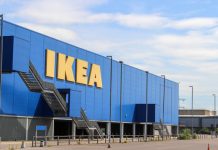