Even before the Covid-19 pandemic, high streets up and down the country were struggling amid rapidly-changing consumer habits.

In the High Street Report that was published in late 2018, Sir John Timpson – the owner of shoe repair giant Timpson who chaired the report – warned that UK retail would not return to the high streets that existed 10 or 20 years ago. On the other hand, the report made the call for more money to be granted to local authorities to rejuvenate their town centres.

After it was initially announced in the October 2018 budget, the £675 million Future High Streets Fund officially launched on Boxing Day that same year. At the time, the government said funds would be used by local councils across the UK to transform high streets into community hubs, aiming to reduce the reliance on retail following another challenging year for the industry.

“By helping our towns create their own individual community hub, I believe we will have vibrant town centres to provide a much-needed place for face to face contact in the digital age,” Timpson said at the time.

In 2019, the High Streets Task Force – chaired by Timpson – was formed to support local leaders in revitalising high streets. It comprised of experts who provided tailored guidance and advice to local authorities seeking to breathe new life into their local town centres.

By the end of the year, the government announced the first 14 high streets that would receive £1 billion to help improve the UK’s retail sector. The 14 locations would each receive up to £25 million worth of training, face-to-face support and access to research to give small business owners an edge.

High Streets Minister Jake Berry MP described the task force as a way for the UK’s high streets to “evolve successfully” and “meet the needs of their local community”.

In mid-June, just as non-essential shops were about to reopen and exit lockdown, the High Streets Task Force stepped up its efforts to provide free access to “cutting-edge” tools, online training programmes, webinars, and data and intelligence for high street businesses.

The announcement came in conjunction with Mark Robinson, co-founder of Ellandi and leading investor in regional town centres, being appointed as the chair of the task force board, and followed the opening of the government’s £50 million Reopening High Streets Safely Fund for local councils to safely reopen their high streets.

Experts have told Retail Gazette that although the whole task force and related funds was all about future proofing the high street, the Covid-19 pandemic has accelerated and exacerbated the problems faced by high streets.

While Nigel Wilcock, executive director of the Institute of Economic Development, praised the Future High Street Fund, he said “the reality is that the economies of the entire town centre need to be re-examined”.

“Those who were ahead in the funding process have almost been disadvantaged through the havoc caused by Covid-19,” he added.

“It will be six months at least before we fully understand the long-term willingness of people to live/work and shop in town centres.

“Early indications suggest that smaller town centres that can create a good balance of housing for residents with disposable income, an independent and varies retail leisure experience and a steady footfall assisted by a daytime town centre office workforce will be winners.”

Meanwhile Susan Vidler, managing director at market research agency Harris Interactive, said that 2020 has been “like kicking a man when he’s down”.

“Brick-and-mortar retail has been struggling for years as a result of growing online competition, further fuelled by the Covid-19 pandemic that has forced more shoppers online,” she said.

“We’re even seeing the great stalwarts of the high street looking to make job cuts, further warning that retail is changing and survival depends on retailers adapting, being more innovative, and providing an experience that online retailers cannot compete with.”

The UK declared a lockdown on March 23 to control the pandemic, and while it seems to have helped the public health crisis, it still took its toll on the economy as a whole.

In the retail sector alone, at least 24,348 jobs were lost in the first half of the year, according to the Centre for Retail Research. There are fears the full-year total could skyrocket as an increasing number of retailers file for some form of insolvency, such as administration or CVAs, or undergo major restructures in a bid to weather the economic crisis brought on by the pandemic.

In addition, as a result of growing ecommerce competition, physical store sales have been in decline for years. The pandemic may serve as a warning that retail is changing and survival depends on how much retailers can adapt.

Despite this, Sachin Jangam, associate partner for retail at Infosys Consulting, argued that not all success will come from online. He said some retailers were known for the shopping experience they provide.

“These retailers – like TK Maxx and Primark – have carved out a niche to fend off online competition, unique as brands that can continue growing on in-store engagement alone,” he explained.

“These models aren’t easy to replicate, so we will see Primark and TK Maxx capitalise on the opportunity to capture cheaper retail space and push ahead with store expansions to grow even further.

“To compete, other stores need to provide category-focused weekly offers to excite customers, and communicate these promotions regularly to maintain traffic.

“This will help to increase footfall and drive sales. Staying relevant, and focusing on the right technology investments and innovations, will be the key to success amid such uncertainty.

“That said, retailers will also rely on high street-friendly government policies to help them survive.”

Meanwhile, Fashion Retail Academy principal Lee Lucas told Retail Gazette that the schemes which would have the biggest impact are those which do not rely solely on the government funding.

“Many of the schemes involve building and redevelopment, all of which take time,” he said.

“It could be another year until we start to see projects emerge from the ground and start to have an impact on the people who live there.

“Towns around the country are in very different stages when it comes to receiving funding to enhance their high streets so it is still difficult to analyse its full impact.

“Some councils were told last summer that they would benefit from millions of pounds for their projects, while other places have only in the last few weeks submitted their bids for the latest funding round.”

The High Street Task Force was introduced to provide businesses with the tools they need to get the best advice possible, as well as a dashboard of key local data. It could enforce a clear solution for the town centre regeneration by sharing advice and resources to generate “viability and vitality” within placemaking.

However, with the pandemic showing no signs of abating and the UK still reeling from a lockdown that lasted about three months, the future of high streets now looks more precarious than ever and the purpose of the task force has never been more relevant. 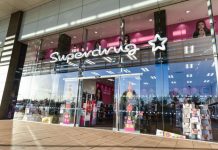