// Inflation fell to 0.2% in August as Eat Out To Help Out pushed down prices

The Eat Out To Help Out scheme has pushed down prices as inflation fell to 0.2 per cent last month, according to new research.

It marked the lowest level of Consumer Price Index (CPI) inflation since December 2015, as well as a sharp drop from the one per cent rate recorded in July.

ONS figures showed a 2.8 per cent year-on-year fall in prices in the restaurant and hotels sector, the first negative reading for this category since 1989.

Eat Out To Help Out, which offered 50 per cent discounts on meals – was the main reason for the decline.

More than 100 million meals were claimed under the scheme, according to government figures. 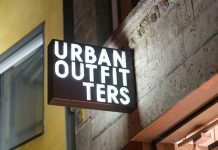