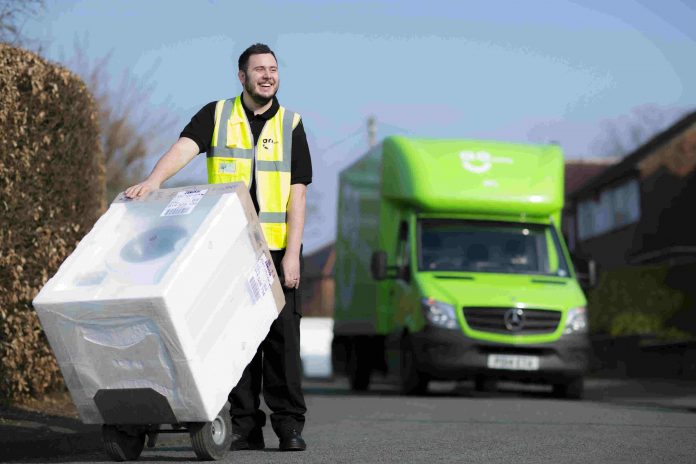 // However, shares dropped 6% after opening at 12% lower as AO said it suffered “significantly higher” costs from Covid

AO World has seen shares come under pressure as warnings over higher costs overshadowed a record performance over Black Friday and Christmas.

Shares in AO World dropped six per cent after opening as much as 12 per cent lower as the online electricals retailer said it suffered “significantly higher” costs from the challenges of making its operations Covid-19 compliant, particularly for goods returned from customers.

It also noted that more customers were cancelling long-term mobile and warranty contracts as they change their spending behaviour amid the pandemic.

This took the shine off an otherwise impressive update showing that UK sales soared by more than two thirds over its festive quarter as it continued to capitalise on the shift online.

The Bolton-headquartered retailer posted a 67.2 per cent hike in UK sales over the three months to December 31 to £457.3 million thanks to record trading over Black Friday and in the run-up to Christmas.

It added that its German business was profitable throughout its third quarter after seeing revenues jump 77.4 per cent higher – a milestone for the division which has been loss-making since launch in 2014.

“We backed ourselves by investing early in warehouses, vehicles, stock and people.

“This not only set us up to satisfy customer demand for electricals for the current crisis but also for the longer term, as the structural shift to online becomes a permanent feature of the market in the UK and Germany.”

AO World hired another 1500 people in 2020 as it ramped up operations to meet surging sales.

It revealed in November that it swung to a first-half profit after sales jumped by 53.2 per cent to £717 million in the six months to September 30 as high street rivals temporarily closed stores during the period.

The jump in revenues helped it move into the black, reporting an £18.3 million pre-tax profit, compared to a £5.9 million loss for the period last year.

While shares fell on Tuesday, the stock had a stellar year in 2020 after the company saw its stock market value more than quadruple.

Roberts has been quick to declare the market has changed “forever” as a result of coronavirus, saying he believes the switch to online shopping will remain even after the crisis.