AO World chief executive John Roberts has criticised retailers paying out dividends on the back of rising sales during lockdown, after receiving millions of pounds in taxpayer support.

Roberts said executives “should go and ask their mum if she would be proud” in an interview with The Times, adding that AO World had returned business rates relief and furlough cash after sales and profits had increased during the pandemic.

The government introduced a year-long break in business rates payments across England and Wales from March, in order to support and ensure businesses could continue to supply the country with essentials and food.

Many supermarkets have experienced a huge surge in online deliveries due to national and regional lockdowns, creating bumper profits.

Data released to The Press Association and compiled by industry experts claimed that Tesco, Sainsbury’s, Asda, Morrisons, Aldi and Lidl are in for a saving of £1.87 billion.

The data suggests Tesco was expected to receive around £585 million, while Sainsbury’s would receive £498 million.

In October Tesco chairman John Allan said he would “defend to the death” the supermarket giant’s decision to pay a dividend after receiving a large tax break, according to the Mail on Sunday.

The comments came after Tesco announced it would increase the dividend and make a one-off payment after interim profits rose by 28.7 per cent.

Tesco added that it had received a £533 million hit from coronavirus costs, but that this was offset by the business rates holiday.

Sainsbury’s has also come under fire for paying £230 million in dividends while receiving the same amount in business rates relief.

Elsewhere, B&M founder Simon Arora has defended a £44 million payout to his family trust after the value retailer posted a 121 per cent rise in half-year pretax profits.

B&M declared a special dividend of 25p per share for the six months to September alongside its ordinary interim payout of 4.3p per share.

It totalled £293 million, of which £44 million was paid to Arora’s offshore family trust.

B&M has benefited from a business rates relief of £38 million during the period, although this was lower than its rivals.

“We have lots of different stakeholders. Just in the six-month period we paid £60m in corporation tax, and in fact the total amount of tax we paid last year was more than £250 million,” Arora said at the time.

“We could hold views on the 2 per cent digital tax and whether that’s fair or not, but it’s not just about what the legislation says, it’s also about the court of public opinion,” AO World CEO Roberts told The Times.

“I think they should ask their mums if they would be proud of that. I think if they had not paid a dividend then everyone wouldn’t be so upset about it,” he added.

Earlier this month Esther McVey, the Conservative MP for Tatton who previously served as housing and planning minister said “Supermarkets need to hand back the £1.9 billion of government support. They don’t need it.”

McVey added that the money would be better directed towards the owners of small limited companies, many of whom have not been eligible for any emergency coronavirus support. 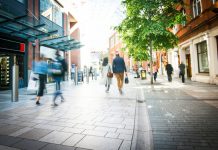 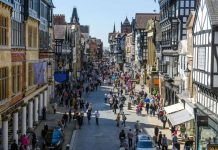