Retailers with shops in UK airports, and luxury retailers in general, face an uncertain future.

In September, the Treasury made a surprise announcement that unveiled plans to end two schemes providing VAT-free shopping for tourists, which were to be withdrawn at the end of the Brexit transition period on New Year’s Day. The Treasury backed up its decision by stating that it wanted to personal duty and tax systems in line with international norms.

Annually millions of non-EU visitors travel to the UK, all with the ability to reclaim the 20 per cent VAT paid on purchases such as clothes and jewellery. Condor Ferries reported that in July 2019 alone – at the peak summer holiday season well before the pandemic brought on travel restrictions – £2.9 billion was spent in the UK by overseas tourists.

As a result of the Treasury’s announcement, stalwart British luxury retailers such as Burberry, Fortnum & Mason and Harrods could risk losing out to international tourists who could decide to head to shops across mainland Europe instead. By removing the VAT refund scheme, affected retailers could see a significant drop in profits at their travel and tourist hub locations.

Burberry’s chief financial and operating officer Julie Brown has already criticised the Treasury’s decision, saying the retailer would lose its “home court advantage” by competing against fellow luxury retailers in Paris and Milan. Meanwhile, Selfridges, Chanel, Burberry and Bicester Village parent company Value Retail were recently among the companies that warned the UK Government that cutting the VAT relief for tourists could result in £1 billion of lost investment.

The Treasury and HMRC’s decision relates to two schemes – the VAT Retail Export Scheme (RES) and an Extra Statutory Concession (ESC) on goods at duty-free and tax-free shops.

The ESC allows VAT-free sales of goods to passengers travelling outside the EU at airports, and the RES covers VAT refunds on landside sales of goods also to non-EU travellers, subject to certain conditions being met.

“Scrapping the scheme presents a real danger that international visitors could be deterred from spending in the UK and go elsewhere to buy high value luxury goods,” he told Retail Gazette.

“The UK could be the only country in Europe not to offer tax-free shopping for international tourists.”

It’s still unclear how travel retailers or those situated in travel hubs such as WHSmith, Paperchase, Oliver Bonas could be affected by the decision.

Deloitte tax partner Kendra Hann said: “Retailers can currently zero-rate sales of goods made to consumers leaving the EU if, for example, a boarding pass can evidence their destination.

“The standard VAT rate is still due for those destined within the EU though some retailers, particularly in airports, treat all sales in the same way so the customer sees one price.

“In this instance, the retailer accounts for VAT on sales made to passengers destined for the EU.

“Some notable exceptions to this commercial policy include cigarettes, alcohol and luxury goods sales.

“From January 2021 all sales will be subject to the rate of VAT normally due in the UK, though books and newspapers will remain zero-rated.”

Hann added that for retailers, this approach would make it simpler to determine the level of VAT due and as a result consumers travelling beyond the EU next year may see an increase in the price of goods, particularly in the luxury market.

“For these consumers, there may be less benefit in purchasing at the airport. However, eliminating the requirement to check passenger destinations for each sale may speed up transaction times and improve the customer experience,” she explained.

Hann also said retailers would be able to prepare for the changes by asking themselves a number of questions to understand the impact on their business.

“For example, what volumes of current sales are currently zero-rated? Are they currently funding the VAT due where there is a single price?” she said.

“What proportion of their customers travel to the EU who will see no difference, versus non-EU countries?

“What goods are being bought which are currently zero-rated by virtue of the scheme? Are any systems changes needed?” 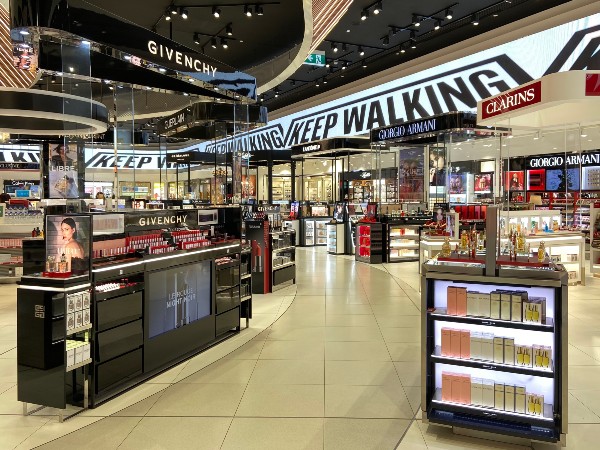 Since the Treasury’s announcement, many have been left wondering if the UK Government should reconsider its decision to scrap the VAT Retail Export Scheme for the sake of retailers already reeling from the impact of Covid.

“Putting a stop to the VAT Retail Export Scheme will make Britain the only country in Europe without a tax-free shopping scheme for international visitors, ” he said.

“It will undoubtedly bring negative consequences for both the retail and tourism sectors at an already challenging time.”

A recent study by overseas tax refund firm Planet revealed that over half of Chinese tourists have said they would divert their spending to other European destinations in light of the changes to the UK’s VAT refund scheme.

“While non-EU visitors will still be able to claim VAT relief on good purchased in store that are delivered to an oversees address, the additional obstacles and charges this incurs for export, import and delivery is likely to discourage many,” Ravaioli added.

“It not only harms inbound tourism, but will have a knock-on effect on the livelihoods of many retailers throughout the country, and risks irreparable damage to the economy.

“Rather than eliminating the regime in its entirety, the UK government should be working with key industries to implement a digital system to bring greater efficiency, and above all ensure that UK tourism remains competitive with other European markets and an attractive destination for international shoppers.”

Hann explained why the travel retail sector could still operate when these changes are implemented, stating there could simply be a shift in the sector.

“For passengers travelling from the UK to the EU there will be no change to the current tax treatment so any impact on individual outlets and shops will likely depend on their customer base,” she said.

“For those terminals where the majority of destinations are in the EU, any impact is likely to be lessened still.”