// Some directors are keen to repay the funding in full

Co-op will reportedly hold a crunch board meeting next week to decide whether to hand back £80 million of state funding it received during the pandemic.

The group’s directors will meet next Tuesday to discuss whether to repay the funding it had received in the form of business rates relief and furlough payments.

Co-op’s boardroom had seen “robust dialogue” over the issue, with some directors keen to repay the funding in full, Sky News reported.

Although the board is not yet technically split on the question of handing the money back because a vote has yet to take place, sources said “deep divisions” were expected to be exposed next week.

The decision is expected to be made public in the group’s annual results announcement early next month.

Nearly all of the Co-op’s privately owned rival supermarket chains have repaid substantial sums they obtained in business rates relief in recent months after Tesco became the first big grocer to do so late last year.

On Wednesday, Aldi, Asda, Sainsbury’s, Tesco, and Morrisons said they would refuse a further windfall from the Treasury after Chancellor Rishi Sunak extended a rates holiday until June.

Iceland has insisted it is justified in retaining the money, while John Lewis Partnership is likely to clarify its position when it announces financial results next week.

One option for the Co-op would be to repay a proportion of the money it received that relates to its food retailing business.

The Co-op employs more than 55,000 in its retail business. 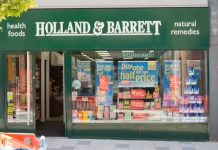