The parent company of B&Q and Screwfix has cashed in on a DIY boom as millions of people stuck at home tried to improve their living conditions.

Kingfisher said it had seen full-year pre-tax profits balloon  to £756 million in the 12 months to the end of January – a 634 per cent increase on the £103 million recorded last year.

Sales increased by 7.2 per cent during the same full-year period to £12.3 billion, the company revealed this morning.

Growth was driven by a boom in online sales, which were up by 158 per cent.

Ecommerce was already a growing segment for the business, as it rose eight per cent in the year ending January 2020.

However, the explosive growth during lockdown came as people tried to do up the homes they were confined to.

“Kingfisher is coming out of the Covid crisis as a stronger business, with an improved competitive position in all key markets, strong new customer growth and a step change in digital adoption,” chief executive Thierry Garnier said.

“I would like to express my personal thanks to all our teams for their incredible efforts in the most testing of circumstances.”

The company said it had seen a strong start to this financial year amid high demand in the UK and France, which are both going through lockdowns.

Since the end of January like-for-like sales have risen more than 24 per cent compared with the same period in 2020.

“Current trading remains positive and, while visibility is limited for the year as a whole, we are confident of continued outperformance of our wider markets,” Garnier said.

“The Covid crisis has established new longer-term trends that are clearly supportive for our industry – including more working from home, the renewed importance of the home as a ‘hub’, and the development of a new generation of DIYers – and we expect these to endure.

“With our strategic progress, we are well positioned to capitalise on these new and positive market trends.” 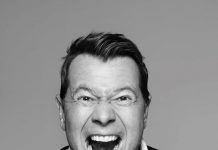