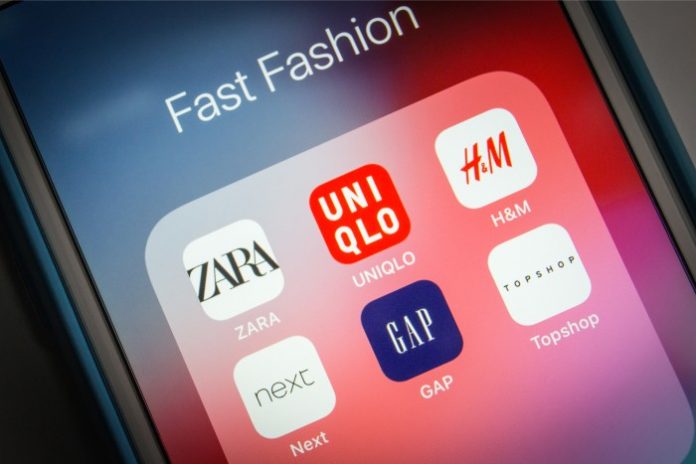 In the past several years, there has been a huge surge in retailers adapting greener, more sustainable materials and initiatives in its supply chain and in stores. In the wake of the Covid-19 pandemic, this shift to an environmentally-conscious approach to shopping has heighted.

In recent years, the term “eco-friendly” edged its way into the spotlight and has dominated retailers’ efforts in trying to become more environmentally friendly and sustainable. With customers choosing brands with a sustainable mission over those without, employing strategic principles can lead to significant growth and increased brand awareness.

Retailers that are currently harnessing their environmental impact are arguably already ahead of the curve. For example, Marks & Spencer recently found that 58 per cent of customers agreed that sustainability was a key consideration when shopping for denim.

In addition, according to a 2020 GlobalData report, 37.3 per cent of UK consumers agreed that retailers that place greater emphasis on sustainability were “more appealing”. But GlobalData apparel correspondent Hannah Abdulla said retailers must make sustainability efforts clear on clothing labels.

Meanwhile, fast fashion – which is not usually aligned with being eco-friendly – has increased in popularity at arguably the same rate as the rise in demand for sustainability.

Fast fashion was coined in fashion retail to describe the quick turnover of designs that move from the catwalk to current trends. It rose to popularity in the early 2000s, and the concept has changed the industry dynamic with a quick response philosophy that has resulted in increased forecast accuracy. This is because of the shortened timeframe and the ability to generate quick turnover of merchandise for major retailers.

Although fast fashion has had its fair share of struggle – such as Forever 21 filing for Chapter 11 bankruptcy and closing UK three stores, and of course the recent collapse of Sir Philip Green’s Topshop empire – the sector hasn’t exactly reached its tipping point just yet.

Asos recently acquired roughly half of Arcadia Group – the company run by Green that used to own Topshop, Topman and Miss Selfridge. The online retail giant’s shares surged by 13 per cent just two days after it sealed the £330 million deal.

The other half of Green’s retail empire – consisting of Dorothy Perkins, Wallis and Burton – was bought out by Asos rival Boohoo Group. Boohoo also bought Debenhams.

Both of those deals – as well as the Debenhams deal – did not include the retailers’ bricks-and-mortar estate, leading to the permanent closure of hundreds of shops up and down the UK.

On the other hand, Uniqlo – which traditionally depends on bricks-and-mortar sales – saw total sales rise by 4.7 per cent in July 2020 when stores had reopened after the first Covid-induced lockdowns around the world came to an end. Same-store sales, including online, rose by 4.4 per cent year-on-year during the month.

Meanwhile, Swedish retail giant – and Inditex’s main rival – H&M Group saw annual profits slashed by 88 per cent last year as its estate of around 5000 stores worldwide were heavily impacted by lockdowns and other restrictions.

Some fast fashion retailers are now preparing to revamp their offerings in preparation the planned exit from lockdown that non-essential retailers across the UK will be able to enjoy from next month.

H&M Group recently said it would refashion its network of 5000 stores in the wake of the pandemic, while also boosting relationships and engagement with customers.

“Many consumers don’t bother to research retailers on sustainability practices”

Transparency became an issue last year when a Sunday Times investigation saw Boohoo Group embroiled in modern slavery controversy over allegations that a Leicester factory that supplies its clothes was paying garment workers as little as £3.50 an hour. It lead to nationwide headlines and prompted Boohoo launch an investigation to tackle the problem.

H&M launched its first “Conscious Collection” in 2010, a move towards sustainable clothing – but this recently came under scrutiny after the death of a female employee emerged following reports of sexual harassment at a supplier’s factory in southern India.

GlobalData retail analyst Rukmini Durge said fast fashion retailers would need to provide transparency in their supply chains and manufacturing, as well as close the loop of apparel life cycles through recycling initiatives.

Bozena Jankowska – founder of a fashion retailer of the same name that prides itself on being “slow” fashion – told Retail Gazette that although fast fashion has a negative impact on the environment, customers were still prepared to pay for it. She also said fast fashion retailers continue to thrive because many consumers do not research brands on their sustainability practices.

However, Nottingham Business School senior lecturer Arooj Rashid argued that consumers were in fact becoming more knowledgeable about sustainability and corporate social responsibility. But she did agree that consumers’ habits of purchasing cheaper products were persistent.

“Pure-play retailers such as Boohoo and Asos end up remaining extremely popular, even more, because they provide an added benefit of free delivery service, which means one doesn’t have to pay to post the package back.

“Another reason for the popularity is fashion bloggers influence, especially during the current lockdown when consumers can’t do much apart from going for a run outside, watch fashion blogs, and shop online.”

However, she said fast fashion was usually muddled with buzzwords such as sustainability, eco shopping, and conscious shopping in an effort to drive attention to the cause.

As the sector faces an increase in calls for transparent corporate practices and sustainability, retailers have had to deal with a domino effect on the high street – where competition led to many of them “greenwashing” to appear ethical.

The term greenwashing was coined in the 1980s by environmentalist Jay Westerveld to describe retailers and businesses which grossly overstate the environmental or ethical benefits of their products and services.

Scott Joseph, founder of gender neutral accessories retailer Fashion Without a Face, said that although younger consumers were becoming more aware of how and where they shop, they don’t realise many fast fashion brands launching sustainable products were doing this to distract from non-sustainable practices they do.

“This is the process of greenwashing and nobody does this better than fast fashion retailers that have a lot of money to spend on ad campaigns to distract consumers away from the ugly reality,” he said.

“This would then get evolved into a sustainability report showing the targets they’ve met before a public campaign is even thought about,” he said.

“With consumers voting with their purse more than ever, sustainability is being seen as an easy marketing win and a way to get ahead of the competition – especially in the fashion world.”

Although fast fashion has been notorious for disrupting the retail industry, it has benefitted consumers by transforming the market and focusing on simplicity, convenience, accessibility and affordability.

There’s no denying that after 2020, consumers will be more aware of their buying decisions and what impact they, as an individual, will have on the environment or factory workers.

For that reason, fast fashion retailers must be ready for change.