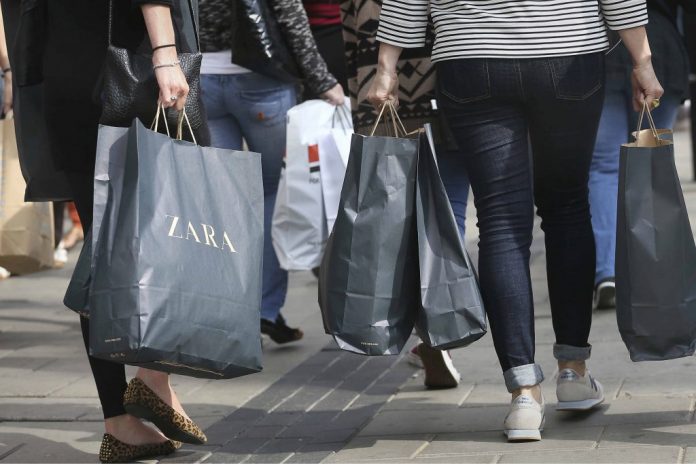 // Footfall in high streets and shopping centres edged up 0.2% and 0.6% respectively

New research has shown that UK retail footfall remained flat last week with a marginal drop of 0.2 per cent.

The number of visits to high streets and shopping centres edged up 0.2 per cent and 0.6 per cent respectively, but footfall in retail parks declined by two per cent, according to Springboard.

Regional cities saw footfall drop by 0.9 per cent, but footfall in market and coastal towns fell by 2.5 per cent and 6.8 per cent respectively.

The figures also show that the gap in footfall from 2019 in central London was 53.2 per cent compared to a decline of 27.9 per cent in regional cities.

“Footfall shifted from day to day, but overall the first part of the week from Sunday to Tuesday was more heavily impacted than the remaining four days from Wednesday to Saturday,” Springboard insights director Diane Wehrle said.

“On the plus side, it seems that the appeal of larger city centres over smaller high streets rebounded last week, following shifts the other way in the previous two weeks.

“The lack of uplift in footfall on a week on week basis means that the gap from 2019 widened for the third consecutive week, although footfall remained noticeably higher than in the same week in 2020 which was the second week of trading following the lifting of lockdown 1.”