EG Group, the petrol forecourt giant run by new Asda owners the Issa brothers, has posted a surge in revenues and earnings.

EG Group highlighted “continued resilience” in its grocery and merchandise arm with profits in the quarter jumping 24 per cent year-on-year to $351 million (£255.7 million).

EG Group’s foodservice business was also a standout performer, with gross profit in the second quarter skyrocketing 231.4 per cent year-on-year to $153 million (£111.5 million) thanks to “continued customer demand for ‘to-go’ and ‘delivery’ services”.

EG Group, founded by the Issa brothers, is backed by TDR Capital and was involved in the £6.8 billion takeover of Asda earlier this year.

In its trading update, the firm said “transition plans [are] under way to facilitate completion of the Asda forecourts business” into EG Group.

The sale of 27 UK petrol filling stations owned by EG Group, required by the CMA to complete the Issa brothers’ acquisition of Asda, is expected to complete in the final quarter of the year.

EG Group also acquired the Leon fast food chain earlier this year in a deal said to be worth £100 million, which the firm said helped boost its second quarter performance.

It now plans to open around 10 new Leon locations by the end of this year, including its first drive-thru site.

“We continued to make good progress in the second quarter, with a particularly strong performance from our foodservice business, driven by growth in customer demand for takeaway and delivery services and the easing of Covid restrictions across many of our countries,” EG Group co-chief executives Zuber and Mohsin Issa said.

“The group’s latest performance is further validation of our successful global strategy.

They added: “We are also pleased to have completed the acquisition of Leon Restaurants and look forward to expanding its offering with c.10 new restaurant openings planned this year, including the brand’s first ever drive-thru.

“The resilience of our business model has been demonstrated during the pandemic, and we have emerged as an even stronger business as we enter the second half of the year with confidence.” 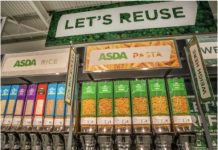