Hotter shoes, which has more than four million customers worldwide, said sales for July increased 24 per cent against June.

Total sales were up 82 per cent year on year compared to the same month last year.

Hotter Shoes chief commercial officer Victoria Betts said: “As one of the largest shoe retailers in the UK, we have seen increased sales across both our online and physical stores in July.

She added: “We have seen significant changes in consumer shopping habits throughout the past year, and our ecommerce site continues to perform strongly with online sales unwavering, despite the reopening of physical stores.”

“In addition, we have experienced strong activity surrounding our end of season Sales, which we launched later than most competitors and as such, enabled us to compete not only on our superior quality, but price.”

The update comes after its owner, Electra Private Equity, announced last week that in the first six months of its financial year to January 2022 Hotter’s UK direct to consumer sales have grown 39 per cent compared to the same period in last year.

Also over the same time, its overall sales growth has been 25 per cent while its gross margin was 63 per cent, up from 53 per cent.

In May, the retailer announced it was set to float on London Stock Exchange’s junior AIM market in the fourth quarter of 2021. 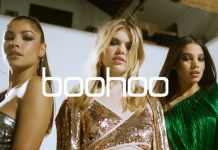