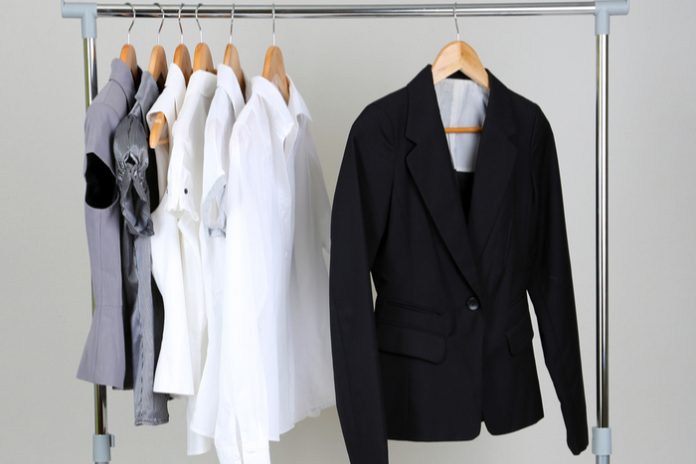 The new work-from-home reality has rapidly recalibrated the fashion code for professional wear, which is presenting challenges for retailers that sell formal clothing.

With more work calls and team meetings now taking place from the comfort of home due to Covid-19, office wear has become decidedly more relaxed.

It’s a shift that’s been occurring for years, as employers in more buttoned up industries were opening up to the idea of more laid-back work cultures.

Considering that the shift in dress codes has naturally led to a change in what consumers are buying, retailers that sell comfortable and athletic clothing have seen major boosts in sales.

In the UK, sales of suits have fallen by 2.3 million over five years according to Kantar. This drop was prior to Covid-19 – which could indicate that the decline was not pandemic-related.

The market research firm found in 2018 that men purchased two million pairs of suits in the year to July compared to 4.3 million for the same period in 2017.

Kantar data also shows annual sales of men’s suiting fell from £469 million in 2016 to £159 million in the past year to July.

Once a destination for suits and formalwear, Marks & Spencer is arguably betting on casual fashion and no longer selling suiting in most of its stores.

The initiative came as the company said tastes have evolved and the pandemic fuelled the trend for casualwear, with men favouring smart separates over tailoring.

M&S has stopped stocking suits across more than half of its 245 larger-format stores. Just 110 of the chain’s 254 locations still have suits on the rails.

The decline began in 2019 when M&S said sales fell by seven per cent.

In the first two months of the Covid-19 pandemic, when millions of people were forced to work from home, M&S said it sold just 7500 suits – a fall of 80 per cent compared to the same period in the previous year.

M&S said in the year to April its formalwear category saw a decline of 15 per cent online and 72 per cent in stores compared to the previous year. During the same period, sales of casualwear increased 61 per cent online.

“Our Smartwear is now more focused on smart separates – easy to wear, stylish smart clothing that can be worn in lots of different ways,” he explained.

“During the pandemic, we worked hard to adapt our product offer to be more relevant to customers’ rapidly changing needs.

“However, we still want to be the go-to for a great suit whatever the occasion.”

Taylor said M&S launched online video consultations during the pandemic to help those wanting to receive expert advice on buying a suit.

He ensured that “lots of men were looking to buy suits” during the pandemic.

“We have introduced several options including live video calls and video appointments with an in-store expert,” he said.

Management consultancy BearingPoint director, Laura Morroll said she does not expect formalwear to become a thing of the past.

“Formalwear is likely to be redefined and the boundaries of formal and casual wear are increasingly blurred. This will require retailers to develop new design, product development and supply base capabilities going forwards,” she told Retail Gazette.

“Traditional suiting has always been a complex area for retailers; on the one hand the SKU complexity given the sizing variations can drive inventory levels up and result in poor stock turns.

“On the other hand the integrity of stock in stores as customers notoriously mix and match sizes creates replenishment and service issues.

“From a product development perspective, suiting and formalwear in general is also more challenging.

“Given the lower margin returns relative to other categories for the effort involved many retailers are turning to a wholesale or concession model in this area; effectively buying off the shelf from suiting specialists rather than carry the costs themselves of development and inventory holding.

“Arguably this also allows retailers to show a fuller range than they would develop and offer themselves.”

Morroll added that M&S’s decision to reduce the number of stores that suiting is stocked in “plays to the inventory risk reduction opportunity which is prudent in the current climate where demand for formalwear has fallen and remains unpredictable”.

“Maintaining an offer only in a limited number of stores and more broadly online enables M&S to centrally control inventory and improve full price sell through,” she said.

“The pandemic and the accelerated growth of online have caused many retailers to rethink the role of the store for the future and we can expect to see steps like those taken by M&S to be more widely deployed as retailers reinvent their store spaces to drive greater theatre and increase customer dwell time in store.”

Meanwhile, Retail Connections managing editor Chris Field believes the public will see more rather than less formality in people’s dress, “but this is about conscious choices and overt display”.

“Suits are seen by many as conformist-wear and shunned,” he said.

“However, stand by for new takes on the suit in terms of design and tailoring, think Gieves & Hawkes rather than M&S.”

M&S womenswear design director, Jill Stanton recently told The Guardian that “anything with an elastic waist” flies out of store right now.

Fashion has evidently been a problem area for M&S in recent years, with clothing and home sales down 2.6 per cent in the 19 weeks to August 14, compared with the same period in 2019.

In fact, M&S is attempting to revive its clothing arm by bringing back its St Michael brand after a 21-year absence in a bid to introduce vintage clothes to younger consumers.