// The retailer intends to roll out the open hiring scheme next year across “some roles in retail, distribution centres and head office operational roles”

The Body Shop has revealed its open hiring programme designed to bring down employment barriers for marginalised people often excluded from work.

The retailer will begin the initiative which eliminates background checks, screening and education requirements to fill temporary in-store roles during the peak trading period.

The new initiative is expected to encourage people who frequently face barriers to employment to apply.

Such groups include people who have been homeless, care leavers, young carers and the “racially minoritised”.

The Body Shop intends to roll out the open hiring scheme next week across “some roles in retail, distribution centres and head office operational roles”.

Body Shop UK and global functions inclusive hiring lead Antonia Tony-Fadipe said: “One of The Body Shop’s key principles is to be a business that’s a force for good and we’re proud to be removing employment barriers for those who may have been excluded from work.

“Open hiring focuses on a person’s potential rather than their history, and we’ve seen it can be a powerful way to find talented and loyal employees. A programme like this gives people equal opportunity in a real way.

”We look forward to working with our partner groups and the wider population to provide meaningful employment opportunities”.

The retailer has teamed up with Movement To Work, which partners with charities such as Barnardo’s, Carers Trust and Catch 22 to encourage people who have traditionally faced barriers to employment to apply. 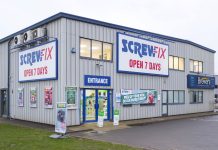