In a first for the UK fashion scene, last week Asos revealed its ethnicity pay gap data in a bid to improve transparency and diversity.

Unlike public gender pay gaps which are mandatory, only 13 of the 100 largest UK-listed employers have revealed their ethnicity pay gaps, sparking fresh calls for the government to make the reporting of racial earnings disparities compulsory.

In the wake of the Black Lives Matter protests last summer, analysis of the FTSE found that the widespread commitments from retailers and employers to take action has yet to result in any hard data.

Amazon, which is America’s second-largest employer has continued to suffer from diversity issues across ranks with the top jobs disproportionately going to those who are white and male despite the company’s pledges to have its workforce and leadership better reflect the consumers it serves.

About two-thirds of all employees were people of colour last year, a dramatic increase from 40 per cent in 2014, however 71 per cent of its top executives were white.

As people of colour continue to remain underrepresented in businesses top jobs, Esther Smith, employment partner at UK law firm TLT explained why diversity in the highest ranks of business is harder to see.

“Some businesses may rely on the excuse of time lag to answer this challenge – a position often cited in the gender representation debate – arguing that it takes time for people of different ethnicities to be attracted to, recruited into and promoted into senior or board level roles,” explained Smith.

“While that may be responsible to a certain extent, it is an argument that loses credibility with every year that passes.

“There is a huge talent pool of people from different ethnicities who are being overlooked for appointment or promotion, whether on a conscious or unconscious basis.”

Smith emphasised that businesses must look at their employment practices and change the way they work and operate, where they look for talent, how they train and develop that talent, and how they proactively promote that talent in order to really make a difference at all levels, not just at the top.

Clearly, there are further steps retailers need to take in order to mitigate against ethnic pay gaps in their workforces.

Suki Sandhu OBE, founder and chief executive of the global inclusion consulting firm championing diversity and inclusion in business INvolve said that primarily, companies need to be transparent about their ethnicity pay gap and commit to reporting on it.

“Retail businesses need a starting point and a benchmark from which to improve. Reporting on the ethnicity pay gap allows for this, as well as accountability,” Sandhu told Retail Gazette.

“Many retailers won’t have even started collecting data on ethnicity for employees, which means they are far from really understanding the issues affecting ethnically diverse employees.”

At the beginning of the Covid-19 outbreak, many feared that the pandemic would become a catalyst for even greater pay inequality as retailers would drop inclusion efforts in a bid to simply survive during nationwide lockdowns.

“The pandemic exacerbated problems we already had”

Nadia Hamila, chief executive and founder of the Moroccan food company Amboora told Retail Gazette that in September 2020, the number of ethnic minorities in work in the UK fell by 5.3 per cent, compared to a 0.2 per cent fall amongst their white counterparts.

Frances O’ Grady, the Trades Union Congress’ Secretary General, also stated that this was ‘in every industry’, but especially in the retail sector.

“What could be the cause, except structural racism?” stated Hamila.

“Undoubtedly, the pandemic had a huge impact on income equality, and the consequences are still rippling across our workforces.” 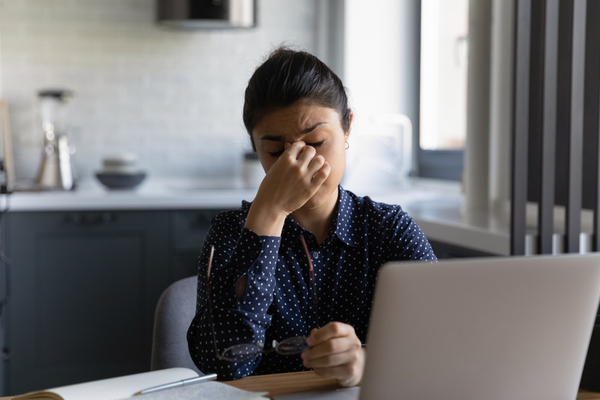 She explained that women were especially affected, and the reports on the disparity they faced, and continue to face, have been widely reported.

According to a report in Forbes, the gender gap grew by 36 years in just 12 months and women who were more likely to be working in roles, such as retail, were hit harder by the fallout of multiple lockdowns, furloughs, and redundancies.

“We also know that ethnic minorities were also greatly affected by the pandemic, with one in five ethnic minority workers furloughed during the first lockdown, and subsequently losing their jobs,” Hamila added.

“However, due to the lack of ethnic pay gap reporting – the true impact of how the pandemic has affected the income equality of ethnic minorities remains unclear.”

Unequal pay in the workplace can be harmful in a handful of ways, from poor mental health and high staff turnover to low morale.

Cynthia Davis, co-founder of the recruitment platform Diversifying.io said that everyone believes they have a right to be treated fairly and equally.

“If we are paid less for doing the same work, we are likely to find it harder to get by and feel inferior whether they pay difference is known or not,” explained Davis.

“Without equal pay all inclusion initiatives will be seen as tokenistic and reactionary.

“You cannot build good working conditions where people feel like they belong with unequal pay.”

Mixed, diverse workplace are important for retailers and all businesses because they should be reflective of the communities they are in and serve explained Davis.

“The business case is well made that to provide products and services that are for everyone requires businesses to have a mixed, diverse and inclusive workplace that reflects everyone,” she added.

“It’s good for business, improves employee satisfaction and helps you keep and attract talent. This is even more important right now.”

Gender pay gaps are also still prevalent, and according to CBI, The Gender split in April was 58 per cent female and 42 per cent  male – unchanged since April 2020.

This 18 per cent difference is the raw gender pay gap.

How can retailers hope to tackle ethnic pay gaps when women are still paid less than their male counterparts?

Hamila said that both are equally important to tackle and that gender pay gaps can be easier to spot, as women often choose part time work for the sake of children, and part time work is paid less overall of course.

“However, ultimately, both ethnic and gender pay gaps are a result of discriminations that seep out of the wider world into retailers and businesses,” she explained.

“Therefore, they must be tackled in the same way – positive action.”