Online fashion retailer Asos is the latest tech giant to find itself the target of stock market traders, who are betting £1billion that share prices will fall.

Short-sellers – who use financial contracts to borrow stock and follow a ‘sell high, buy low’ strategy to profit when the share price falls – have targeted the popular ecommerce brand in a move which may force share prices down.

The number of short positions at Asos rose by a third in recent weeks, meaning that nearly 8% of its stock is now on loan (at a value of £164 million), up from 1% in September. The share price has dropped 34% since then.

Though Asos shares are currently holding steady, the latest move from short-sellers suggests that many believe they will fall further over the coming days.

Critics of short-selling say it can be used to engineer a quick drop in share price. However, it is increasingly seen as an indication that there are fundamental issues with management or that a company is overvalued.

Sources told The Mail on Sunday that traders believe Asos faces difficult news over the coming week as its Christmas trading results are revealed, despite November’s assurances that it could double profit margins in the long-term.

The fashion favourite is still without a chief executive after Nick Beighton left in October.

Asos is the latest ecommerce company to find itself in the firing line of short-sellers, who have recently targeted a number of leading tech companies, including Ocado, Boohoo, AO World and Made.com.

Ocado’s short position is the largest by value, with £703 million, or 6% of its stock, tied up in the loan-based stock acquisitions.

The Hut Group (THG) has previously battled short-sellers, with hedge funds and other traders building up record short positions in the company and sending its value crashing.

Chief executive Matt Moulding passed key data to the Financial Conduct Authority (FCA) earlier this week, as he hopes to prove that hedge funds and stockbrokers colluded to drive down the online retailer’s share price. 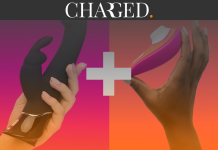