// The Digital Poverty Alliance has today been announced as the instore donation partner for the tech giant, Currys

This means that from today, Currys customers across the UK will be offered the chance to donate 25p to charity the when paying by card or digital wallet, through Currys’ partnership with micro-donation charity Pennies.

These extra pennies collected at the point of sale will aid the Digital Poverty Alliance (DPA) in their mission to end digital poverty in the UK by 2030. They plan to do this by connecting disadvantaged people with access to devices and internet connectivity.

As it stands, approximately one in five young people (ages 8-24) in the UK do not have access to a suitable device for learning, and 70% of households earning less than £17.5k only have foundation digital skills.

This is having an adverse effect on children’s future, and worsening the social divide in the UK as digital skills are in increasingly high demand.

According to Pennies, if every adult in the UK gave 35p each week, over £1 billion could be raised each year. Currys’ customers will have the chance to make a digital micro-donation of 25 pence per transaction, which could amount to as much as £4,000 in donations per week at busy times of the year.

Digital Poverty Alliance chief operating officer Elizabeth Anderson said: “The digitalisation of society is on an upward trajectory, and business, education, and day-to-day life in general is already largely supported and even run by sophisticated technology,”

“But, digital access can be expensive, particularly for disadvantaged children and adults. Without access to devices, IT skills, or the internet, these people are more at risk of being left behind by society, and not having the same opportunity in life as their peers. This contributes to a widening social disparity and acerbates poverty.”

“We are therefore thrilled to be the instore partner of Currys, which will not only bring awareness of digital poverty, but also play a large role in raising the funds required to tackle it. Donations will allow us to supply laptops and relevant digital tools to those going without, helping us to create a digitally proficient society for all.”

Chief People, Communications and Sustainability Officer of Currys plc Paula Coughlan commented: “Digital inclusion is one of the single most important elements of modern society and it’s so critical that we help play our part in addressing this country’s digital divide. Without access to basic technology, families will struggle to connect with the world and can become dangerously isolated.

“Our new in-store charity partnership with the Digital Poverty Alliance therefore marks a concerted effort to raise awareness, and donations, for this extremely pressing societal issue, and we hope to reconnect underprivileged children and their families with the technology they need to help them achieve their true potential.” 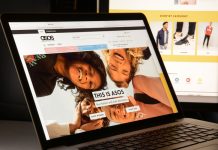