// High street footfall in the UK has already been battered from the first day of strikes by rail workers, new data shows

Footfall has dropped across city centre shopping destinations as many people chose to work from home to avoid the strikes across both the UK rail network and TfL services in London.

Rail workers across the UK are striking on Tuesday, Thursday and Saturday, over salaries and working conditions.

Footfall in Central London was hardest hit, down 27% week-over-week, while visitor numbers in city centres outside of the capital was down 11.2% as retailers say the industrial action is a “blow” on top of rising costs and staff shortages.

Although footfall in outer London and market towns was less significant, falling just 6.2% and 2% respectively.

Springboard said this was synonymous with home working “as it is easier for people who are in their home offices to visit their local high street during working hours”.

Springboard insights director Diane Wehrle said: “The impact of train and tube strikes today on footfall is very clear to see, with a large proportion of people clearly working from home.

“The drop in footfall in central London and regional cities means that the gap from the 2019 level has widened considerably – to -49.2% and -29.8%, which are levels that are equivalent to those recorded during lockdown.

The strikes come as retailers were relying on their first restriction-free summer since 2019 pre-pandemic.

Springboard has predicted a 9.3% drop in shoppers across all retail destinations this week, but expected that high streets would see 10% fewer shoppers and shopping centres would receive 13% fewer visitors.

“The latest evidence, from the day of the tube strike, indicates that footfall declined in central London whilst rising marginally in outer London.

“An increase in activity in outer-London centres has been synonymous with homeworking as people are able to frequent their local high streets more easily.” 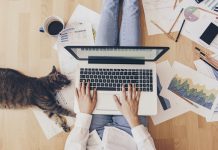