Matalan’s bondholders are gearing up for crunch talks about the value retailer’s refinancing.

Senior bondholders are set to hire Perella Weinberg Partners to advise them on their options as Matalan faces a £350 million repayment on its lending early next year.

Meanwhile, more junior lenders, who are understood to be owed around £80 million, are lining up Houlihan Lokey to advise them, according to Sky News.

Refinancing talks are expected to get underway in a matter of weeks with the news outlet reporting that Matalan founder John Hargreaves is likely to have to inject tens of millions in additional funding if he is to retain outright control of the business.

It comes at a time when Hargreaves personal fortune has suffered a blow following a legal ruling in February that ordered the Monaco-based tycoon to pay £135 million in taxes relating to his Matalan shares sale more than 20 years ago.

The fact that bondholders have lined up advisers underlines the importance of the refinancing talks. 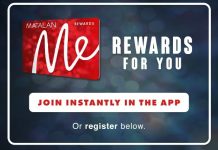