Retailers using multichannel operations to market themselves in 2012 are set to use either apps for smartphones or m-sites to entice customers, according to predictions announced today.

Mobile advertising & marketing specialists 2ergo has unveiled its predictions for trends in mobile marketing next year and believes that technology giants Google and Apple may go head-to-head as they seek to dominate the thriving m-commerce market.

John Barratt, product lead for the company, commented: “2012 will see Google and Apple go up against each other in the battle of the app vs the m-site.

“Google will favour m-sites as they dominate search, while Apple will back the billion dollar app industry. The truth for retailers is that neither is better – it‘s all about the timing.

“Users look to apps for smooth navigation, interaction and user experience, whereas m-sites are used for their immediacy. The best strategy is to go down both routes to capture as many consumers as possible.”

While a great many retailers, such as Heal‘s, Best Buy and Ben Sherman to name a few, have launched fully transactional mobile sites in recent months, Barratt warns that using these sites effectively must be a priority, and suggests that offering vouchers will increase online sales.

Earlier this month, Chairman of Hobbycraft Simon Burke told Retail Gazette that the benefits of m-commerce should not be underestimated and that its introduction to the market was the beginning of a new era for retail.

“It is very early days, but I think retailers have a lot of waking up to do to the potential that this actually offers their in-store businesses,” he commented.

“With mobile technology, what is beginning to dawn on retailers is that there does not have to be an either/or.

“This is a technology which isn‘t going to take business away from shops – it can actually be deployed to promote business in shops.”

However, retailers should not assume that smartphones are used by everyone. Pointing to recent data released by Kantar World Panel Com Tech which states that over 50 per cent of the UK do not own a smartphone, 2ergo believes that SMS marketing is an underused tool.

Marketers need to remember that apps and m-sites still fail to reach a large proportion of phone owners while SMS open rates are around 90 per cent and convert at a rate that is 400 per cent higher than email marketing, according to data by Econsultancy.

Meanwhile, Barratt suggested that those who have opted for m-sites and apps must not rest on their laurels and ought to ensure that the offerings are fully integrated with the marketing strategy as a whole.

“There are many examples of retailers that have taken the time to develop fully optimised mobile sites and apps across all operating systems but neglected to promote them,” he added.

“Think how long it took to build up the traffic to your desktop site and how much marketing it took. Use this as a base for mobile. Use SMS campaigns to send the mobile site address to subscribers, embed QR codes in direct and in-store marketing materials, purchase mobile keyword campaigns, do all the things that you‘re currently doing but include the mobile site and app.” 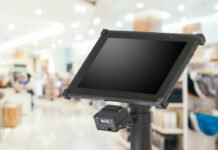 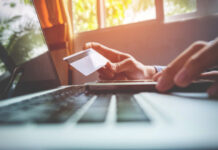 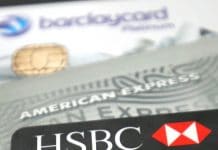 Almost 80% of retail sales made via card payments