Despite an improvement during the second half of its financial year, a trading update released today shows like-for-like sales at sporting goods retailer JJB Sports were down 13.1 per cent over the full 12 months.

After a torrid 2011, performance has started to improve for the retailer and over the last five weeks of the year ending January 29th 2012 its cash gross margin was up 32.1 per cent year-on-year and LFL sales were down just 5.7 per cent.

JJB almost entered administration last spring but was saved by a company voluntary arrangement (CVA) which saw rental cost slashed across its store portfolio and the announcement that as many as 89 of its UK shops would close over a two year period.

Last month the retailer revealed a five per cent rise in LFL trading over the important Christmas period, however these sales were in comparison to a very weak period a year earlier when bad weather and stock availability issues hit the business.

Keith Jones, CEO of JJB, commented on today‘s results: “Since our Christmas trading update our like for like cash margins have continued to improve and our full year trading performance is broadly in line with our expectations in the face of an extremely challenging consumer environment.

“As we commented last month, weaker UK employment numbers and the ongoing credit squeeze on consumers create a tough environment.”

Associated costs of the CVA meant margins were down 37.4 per cent in the first half leading to overall losses growing 177.1 per cent to £66.5 million during the period.

Thanks to the large cut in costs seen during the last five weeks of the financial year, margins were marginally up during the final six months and across the whole year JJB‘s margin decline has been reduced to 22 per cent.

Jones added: “However, we are continuing to implement our turnaround aware of the importance of the key trading opportunities afforded by the European football championships and London Olympics.”

Net debt for the company now totals £11.3 million. Final results including full-year profitability will be published later this year. 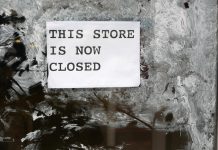