British fashion brand Burberry has been awarded £63 million in a court case against a network of Chinese counterfeiters, it was announced today.

A federal court in the US found that the defendants are liable for federal trademark counterfeiting and infringement as they attempted to sell fake merchandise via numerous domain names using the Burberry trademark.

In a similar lawsuit earlier this month, French luxury brand Hermes also won £63 million ($100 million) in damages from those attempting to sell fake goods online, though in Burberry‘s case, the company has been afforded the right to take over the offending domain names itself.

Court documents seen by Retail Gazette state: “It is further ordered that the Infringing Domain Names that were transferred to Plaintiffs pending trial pursuant to the Preliminary Injunction shall remain permanently in the Plaintiff‘s control.”

In a statement after the ruling, a spokesman for Burberry said: “We are very pleased with the recent website litigation judgments awarded to Burberry.

“Counterfeit goods are a major industry issue, impacting brands and customers alike, and we appreciate that the Court understands the importance of protecting brands against such infringements.”

The findings come at a time of unprecedented growth for the brand, which last month reported an 18 per cent increase in total revenues on last year, standing at over £1 billion for its second half period.

Such massive profit has allowed the company to look into further expansion, though the spokesman noted that such success did not deter it from cracking down on those hoping to benefit from its popularity.

“Burberry vigorously protects its intellectual property rights and as such, we launched a website litigation program in December of 2010 in order to combat commercial websites engaged in the illegal sale and distribution of counterfeit Burberry goods,” he commented.

“While we have seen significant success to date, we will continue to take action against, and press for the maximum penalties to be imposed on, those engaged in this illegal criminal activity.” 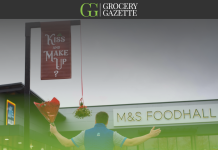