High street retailer Marks and Spencer (M&S) has hailed its ‘schwopping‘ campaign a success today, with over half a million items exchanged in six weeks.

Fronted by model, actress and activist Joanna Lumley, the campaign has seen the equivalent of eight items exchanged per minute, with Britain getting into the spirit of the ‘buy one‘ and ‘give one‘ initiative launched as part of the retailer‘s corporate responsibility programme ‘Plan A‘.

This weekend, the retailer hopes it will hit its one million target by hosting special money off events on June 21st and 24th, where customers will receive a £5 voucher when they spend £35 on the fashion range in store.

Joanna Lumley, the Plan A ambassador, has encouraged customers to keep up with the donations.

“We‘re determined to give every item of clothing a future and help some of the world‘s poorest people in the process,” she explained.

“So, this weekend dig out that old t-shirt you haven‘t worn for years and give it a new lease of life. Get Shwopping!”

In a YouGov survey conducted by M&S of 2,200 shoppers, it discovered that one in five people in the UK throw away an item after just one wear.

Despite high profile women such as Livia Firth and Kate Middleton wearing clothes more than once, the survey found that 74 per cent of participants have disposed of an unwanted fashion purchase in the last 12 months.

All of M&S‘s stores across its UK network accept used clothes by any brand with the Schwopping campaign aiming to put an end to copious amounts of unwanted clothing. Currently, one billion garments end up in landfill sites across the country.

Top performing stores in the campaign were Cheshunt and Buxton, with these recording the most shwops in the UK.

Earlier this month, the stalwart announced plans to open its first bank in July at its flagship store in Marble Arch, with measures put in place to roll out 50 branches within the next two years across its UK portfolio.

Lumley is delighted by the amount of items collected so far and feels that the one million target is achievable.

“We set out to change the way people shop and put an end to clothes going into landfill – half a million items is a great start.” 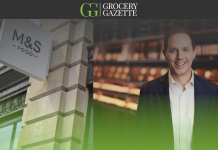 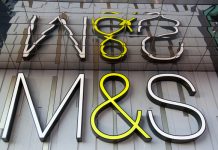