US-based pure play e-tailer Amazon has forecast a substantial third quarter operating loss despite seeing net sales increase 29 per cent to $12.83 billion (£8.18 billion) in its second quarter, it has been announced today.

Predicting a loss of between $50 million and $350 million, the company warned that its forecasts are “inherently unpredictable”, though also reported an operating income loss of 46.7 per cent to $107 million for the quarter ending June 30th 2012.

Net income plummeted 96 per cent to $7 million as well as $65 million of estimated net loss following the acquisition and integration of Kiva Systems Inc.

However, operating cash flow was $3.22 billion over the twelve months period compared to $3.21 billion in 2011, thanks in part to the ongoing popularity of the company‘s ubiquitous Kindle as its Kindle Fire remains the top selling product on the site since its launch in September.

Earlier this week, the company announced the launch of a new digital media development centre in London and was praised by London Mayor Boris Johnson as a “wildly successful and dynamic company”, though such investment in international expansion has contributed to these financial losses. 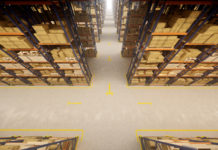