Clothes retailer Whistles has announced today that it has bought back a majority of the remaining shares of the company from the Icelandic Government as it eyes international expansion.

In 2008, the retailer was taken over by Topshop Brand Director Jane Shepherdson, who now owns a 20 per cent stake in the business and was tasked with turning around its fortunes following the negative impact of the banking crisis.

Icelandic bank Glitnir also backed the company in the same year and transferred its share to Reykjavik, while the Icelandic Government now owns a ten per cent share in the fashion retailer.

Whistles was last week announced as one of a number of brands featuring on newly launched website Atterley Road, which aims to provide top quality fashion to women via a virtual high street, eliminating the stresses and time spent shopping on the high street.

Shareholders have provided funding for Whistles in order to allow it to break away from Icelandic control, according to a spokesperson, who added that the retailer remains in a strong position for growth.

“The development of the Whistles brand is progressing well,” the spokesperson said.

“So far this year the brand has delivered consistent double digit like-for-like sales growth and we are now well positioned to invest in a growth strategy which will include store openings, international expansion, and online development.

“The existing shareholders have demonstrated their confidence in the future of the business by investing additional funds to support the acceleration of the strategy.

“This investment, together with the final repayment of Glitnir‘s term debt, has led to some changes in the equity structure of Whistles.” 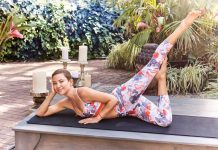