Fashion giant Arcadia Group has today reported a 25 per cent rise in pre-tax profit to £166.9 million in its full year despite a decline in UK like-for-like (LFL) sales.

Over the course of the year, the group has grown its franchise and international business, opening 15 new stores to take its total to 615 franchised outlets across 39 countries.

In recent months, the group‘s Topshop and Topman brands have opened stores in Brazil, Canada and Australia and its Melbourne outlet which opened nearly one year ago is on course for £15 million of sales in its first year.

In the US, Topshop and Topman have opened their second and third flagship stores in Chicago and Las Vegas over the year and is set to open a fourth in Los Angeles in Spring next year, while its Johannesburg store, its first in South Africa, is set to open tomorrow.

E-commerce has also been an area of growth for the group, which asaw UK online sales surge 20 per cent while international e-commerce sales reported a 33 per cent uplift, with the group now servicing 112 countries worldwide.

Sir Philip Green, owner of Arcadia, welcomed the results, commenting: “Given the very challenging conditions both in the UK and around the world, we are pleased to report strong cash generation of £330 million.

“We have focused our efforts on being efficient in both stock management and delivering newness as regularly as possible, resulting in improved markdown and margin.

“Trading conditions remain challenging, therefore exciting and engaging our customer across multi-channels is at the top of our agenda. Product handwriting, quality and value are more important than ever.

“Finally, in these very tough times, I would like to thank all of the staff within Arcadia and Bhs for their commitment, energy and enthusiasm and our customers for their continued loyalty in shopping across our various high street brands.” 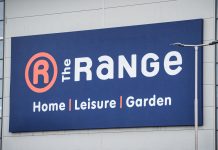