The retailer, which has 160 UK stores and sells 8 million items a year, also declared a ten per cent leap in like-for-like sales including a strong performance from its internet business which more than doubled takings.

Mark Neale, Mountain Warehouse‘s founder and chief executive, said that the figures showed that there are still opportunities in the high-st and said that “there was plenty of life in many towns up and down the country.”

Mr Neale, who started the company 15 years ago with a single store in Swindon, said the retailer was boosted by last year‘s dismal weather and the extended winter. He added: “The weather definitely helped. Last April was the wettest for 100 years and the summer was a washout, but every cloud has a silver lining – at least for our business.”

Outdoor clothing rival Blacks Leisure, which owned 100 Blacks outlets and about 200 Millets branches at the height of its powers, was purchased by JD Sports for £20m last January and sold off stock at knockdown prices at the start of 2012. Despite the reduced prices from its competitors, Mountain Warehouse‘s still announced healthy profits.

The company have announced plans to open at least 20 new stores in the UK in the next year, creating over 150 new jobs. 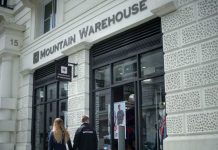 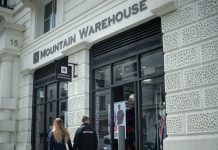 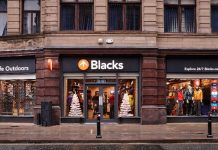 Blacks to offer discounts to customers who donate