High-street sales continued to grow strongly in the year to September, at the fastest pace since June 2012, according to the CBI‘s latest monthly Distributive Trades Survey of 111 firms.

This was the third consecutive month of growth, which was broad-based across a number of sectors and showed furniture & carpets, department stores, recreational good retailers and grocers all performed strongly.

Elsewhere, the pace of growth in wholesaling picked up markedly, with 50 per cent of wholesalers stating sales volumes were up while 10 per cent said they were down, giving a balance of +40 per cent – the strongest pace of growth since June 2013.

Most sub-sectors saw growth, with clothing, textiles & footwear posting 56 per cent growth. Only food & drink saw a decline in sales (-13 per cent), marking the first year-on-year fall since May. Retail sales are expected to grow robustly again in October.

“But the retail sector is not out of the woods yet with consumer confidence still fragile despite the rise in spending.”

50 per cent of grocers said business volumes were up, while 17 per cent said they were down, giving a balance of +33 per cent.

The survey was conducted between 28th August and 11th September 2013. Of the 111 firms took part, 61 were retailers, 41 were wholesalers and 9 motor traders. 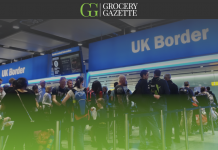 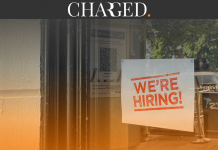