It has been a turbulent year for McDonald‘s, the fast food chain that this year celebrated its 40 year anniversary in the UK.

Globally the company saw a decline of 2.2% in November, continuing the capital deterioration they have witnessed over the last six months. Alongside a 4.6% decline in the US, shares in the chain fell 3.8% to $92.69 on the New York Stock Exchange.

The disappointing results come after difficulties in China and Russia over the summer. In China a television reporter claimed that McDonald‘s workers were repackaging expired meat, inevitably catalysing customer concern for the fast food chain.

Moscow‘s McDonald‘s in Pushkin Square also caused controversy over hygiene violations in August. The branch was closed down, alongside several others in the area. Though it was speculated that the Moscow closures had more to do with rising tensions with Ukraine, the undesirable press following both incidents will have reflected the overall 4% fall for the company, in the Asia-Pacific Region, the Middle East and Africa.

A change in consumer demands has also affected McDonald‘s success. The company that opened its first UK restaurant in Woolwich, south east London, has found that re-branding is vital for survival, with demands from customers becoming more health conscious. This has led to McDonald‘s giving out free fruit with each ‘Happy Meal‘ across its 1,249 UK stores, in a bid to keep up with the changing times.

Don Thompson, Mcdonald‘s Chief Executive has highlighted how the company needs to improve its marketing as, “consumers increasingly demand more choice”. With the company‘s website stating that stores can be located in over 35,000 locations, with 70m customers each day, it will need to ensure a global transformation for re-branding to have its true effect.

It isn‘t just McDonald‘s having to strategically plan, other chains such as Subway are now providing healthier snacking alternatives alongside salad boxes. With healthy competitors such as Leon, Wasabi and Pret A Manger becoming more popular, together with Costa and Greggs overtaking the fast food chain in terms of number of outlets, adaptation is vital to increase figures and continue on in this consumer driven age. 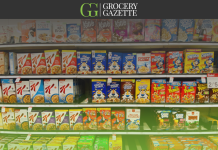 Nestlé to remove 59 million teaspoons of sugar from cereals 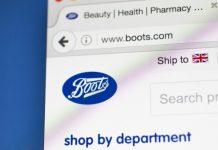