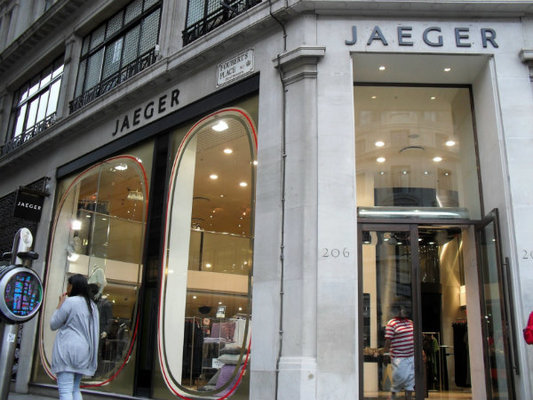 British retailer Jaeger is reportedly close to leaving behind its 27,000 sq ft flagship store on Regent Street, which it has occupied for 80 years.

According to The Sunday Times, the upmarket clothing chain is in talks to sell the lease to US luxury accessories brand Coach for around £5m. Coach already trades from a store at 76-78 Regent Street and it is understood that it is looking to upsize into the larger Jaeger store at number 200-206.

Jaeger owner Better Capital told The Sunday Times “We have stated in the past that our Regent Street store is too big for us so we wanted to relocate, and we continue to explore our options.”

It is understood that Henry had disagreements with Better Capital over Strategy. While the former Esprit executive had worked to push Jaeger upmarket, Better Capital is said to envision the brand‘s positioning as more mid-market.