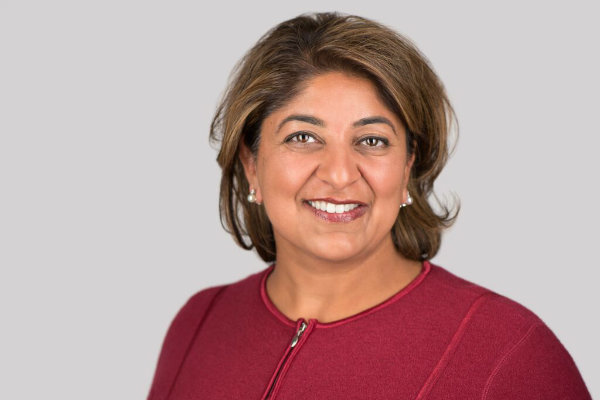 Alibaba is now the world‘s most valuable global retail brand, a position it usurped from fellow ecommerce giant Amazon. Online retailers are big money, there‘s no denying it, but what makes Alibaba‘s practice unique is that it is aimed towards getting businesses onto its platform rather than presenting itself as a seller. This allows it to work with retailers and brands rather than compete with them. The goal is to attract more sellers to the Alibaba marketplace, and for that purpose the company is undergoing ambitious plans to expand its presence in Europe. At the centre of this is its UK hub, run by the recently appointed UK MD  UK, Amee Chande.

Chande has worked up a lengthy track record in the retail industry. Following her first role at a Hallmarks Card store, she went on to take key positions in internationally traded companies including Walmart, Staples and Tesco, and was voted as one of the ‘Top 40 under 40‘ by the Boston Business Journal.

Across her professional career Chande has lived and worked in four continents, and her wealth of experience with international retailers is a key qualification for her new job. She has been “on the other side of the fence to Alibaba,” and can “see what the need is from the point of view of the very companies that we are now trying to serve.”

Speaking to Retail Gazette, Chande accredited this lesson to her time working on shop floors. Even with ecommerce, it‘s necessary to “put yourselves in the shoes of the customer,” she says.

“Now the shoes of our customers are the businesses trying to build their business in China. It‘s very important for me that I continue to stay close to them, be they small or large. My job is to not lose sight and to stay really close to their struggles and concerns as they continue to expand themselves in China.”

Chande is currently learning the Chinese language and has spent time in the country and as we spoke it became clear that she has a deep understanding of Chinese ecommerce that goes way beyond objective Western views.

“After spending just a month in China I recognise how different, and in some cases behind, the UK and US markets are compared to the penetration and pervasiveness of online shopping in China.

In China there was no established retail structure, and mobile devices are the primary way of accessing the internet. The combination of the two means more categories are more firmly established in ecommerce, and mobiles are the most common form of shopping online.

Because of that companies work harder and the bar is higher for attracting customers. There is more innovation around ecommerce and mobile shopping.”

The high level of penetration ecommerce has in China is a big part of Alibaba‘s success. The company even hosts annual events such as the ‘Singles Day‘ sales, which are bigger than both Black Friday and Cyber Monday, and have seen British retailers sprinting to make their goods available.

Indeed, figures from tourist sales as well as Chinese importing have shown that the growing Chinese middle class has a great affinity for British goods. However, this is more than a simple case of anglophilia.

“The Chinese consumer is not that different from one in the West. The basic goods they‘re looking for from overseas are exactly the same as we would buy here: quality food products, home and health products. They‘re looking overseas either because they‘re not available in their home market or they are looking for the assurance