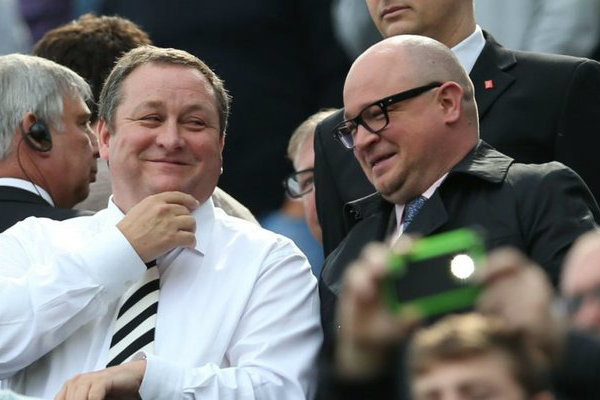 Sports Direct has been the subject of a lot of bad publicity lately. Shareholders have been revolting, and the British company was recently investigated by the BBC about the working conditions for employers. Now David Forsey, the chief executive of Sports Direct and retail billionaire Mike Ashley‘s right hand man, has been charged with a criminal offence in relation to USC‘s administration.

On Friday The Insolvency Service confirmed that it had begun criminal proceedings against 49 year-old Forsey for “an offence contrary to section 194 of the Trade Union and Labour Relations Act 1992”.

The accusation against Forsey, who has worked at the UK‘s largest sporting goods retailer for 31 years, is that he failed to give authorities, including the business secretary, adequate notice of plans to make staff at a Scottish USC warehouse redundant.

Retailers are required to tell the Business Secretary in advance if they propose to make collective redundancies, as well as a 30 day notice of impending redundancy. The Insolvency Service has launched the criminal charge against Forsey over the swift dismissal of staff claiming that the lack of notice given breaches the Trade Union and Labour Relations Act.

“He is charged with an offence contrary to section 194 of the Trade Union and Labour Relations (Consolidation) Act 1992. We will not be commenting until the criminal proceedings have been concluded,” said a spokesman at the Insolvency Service.

“The investigation into the conduct of the directors is ongoing. The enquiries are at an early stage and, given the criminal proceedings, it is not possible, nor would it be appropriate, to comment any further.”

The case emerged as former staff at USC won a civil legal battle against Sports Direct for redundancy pay.

It is understood that the decision to file with the High Court‘s Chancery Division was driven by upmarket fashion retailer Diesel, for outstanding debts.

Forsey was due to appear in court on August 15 but it has emerged that after 10 years, he resigned from Mash Holdings (Mike Ashley ShareHoldings) as company secretary – just two weeks prior to his hearing, which has been adjourned to next week. It is unclear how much he would be fined if found guilty.

Mash Holdings is Ashley‘s holding company, which contains all the tycoon‘s stakes in his various businesses, including shares in Sports Direct. 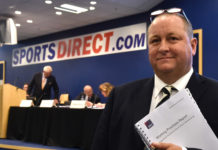