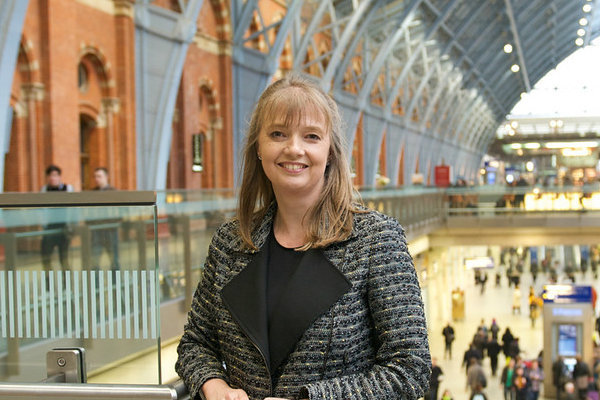 One in four people who visit St Pancras International aren‘t travelling. Maybe they‘re a Harry Potter fan (parts of the franchise were filmed there) or they‘re attending a wedding (the station hosts at least one a month), but chatting to Wendy Spinks, Commercial Director of parent company HS1 Ltd, suggests that the statistic could have something to do with a savvy retail offering.

Travel retail is booming. HS1 has seen annual sales increase year on year at St Pancras since 2010. More than 48m customers descend, 85% of which are in the ABC1 demographic and since taking on her role in 2013, Spinks has brought record retail figures to the Grade 1 listed building. She has effectively turned one of the UK‘s busiest stations into a destination within its own right.

In October last year the majestic station, once earmarked for demolition, became home to the first John Lewis railway station shop. The opportunity to target millions of commuters using its revered click-and-collect service was a natural step for the British department store retailer, but it also represents a rite of passage for St Pancras.

“It‘s a new concept for John Lewis,” Spinks tells me as she leads a grand tour just for me. “Clearly it‘s a lot smaller than their other stores but it‘s really working from a commuter‘s perspective.

In fact most of our retailers have been reinvesting, which is a positive sign that they want to give us their all and display the best of what they do in a travel environment.”

Travel retail can be intense for an operator. The densities are high, with a lot of footfall in a very small space. Spinks understands this, having been on both sides of the travel retail fence.

Her career started as the multi-site manager for The Body Shop at Heathrow before moving on to manage Sunglasses Hut stores in all UK airports and eventually heading retail operations at Heathrow airport.

“In the [last] role I had at Heathrow and my position here, you come to have a real appreciation for what retailers are trying to do with less square footage. You recognise the internal challenges within a retailer‘s business in relation to different concepts and models.  A general high street offering doesn‘t always work in a travel environment. How do you tailor that to ensure you get the best out of units trading in that environment?”

In The Body Shop days for example, and she‘s going back a long time when she explains this but, products were being sold in whole bottle sizes. Think litre bottles of shampoo for consumers about to go on a trip to say, Cuba. Soon a range of travel products that were compact and convenient were developed. In the airport world, before the rules changed and liquids couldn‘t be taken through security, producing things in less than 10mls was revolutionary for The Body Shop. It took lateral thinking.

“We did it way before the legislation came in,” Spinks explains, “which came as a result of categorising stores beyond sizes, to customer behaviour, in order to get the right product range.”

Being creative with space shouldn‘t be limited to a rail station, but as Spinks put it, a large chunk of the footfall at St Pancras are walking past that same shop front ten times a week.

“It‘s about staying fresh,” she tells me. “Some retailers are better at it than ot 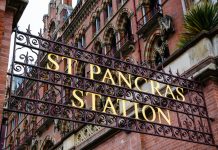 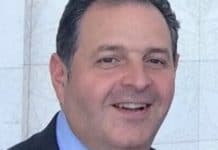