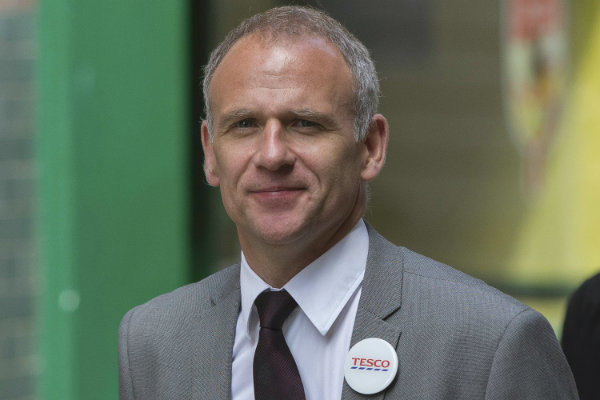 Ahead of the budget on Wednesday, in which the retail industry hopes Mr Osborne will announce initiatives to ease tax problems, Lewis said business rates were “completely disproportionate” and that being linked entirely to property disadvantages traditional brick-and-mortar retailers.

“We understand how important business rates are but we have asked for fundamental reform of the system,” said Lewis. “Business rates cost nearly £700m a year for Tesco alone in taxes and this is in an industry that is already under enormous pressure. If we are not careful, it [business rates] will keep piling on the burden for retailers.”

Lewis’s warning follows a report from the British Retail Consortium last month that cautioned 1m UK retail jobs could be lost by 2025 as shops closed and businesses struggled to meet higher wage bills and taxes. He called it a “fair reflection” of the sector’s outlook.

The BRC said that amidst structural change, business rates worries as well as the new National Living Wage and Apprenticeship Levy measures could create an unprecedentedly adverse effect in poorer parts of the country.

Last year Tesco slashed thousands of jobs in an attempt to cut costs. Lewis has said there are no current plans to axe any more but added that “We have to keep that under review depending on what happens in the budget [and the wider market].”