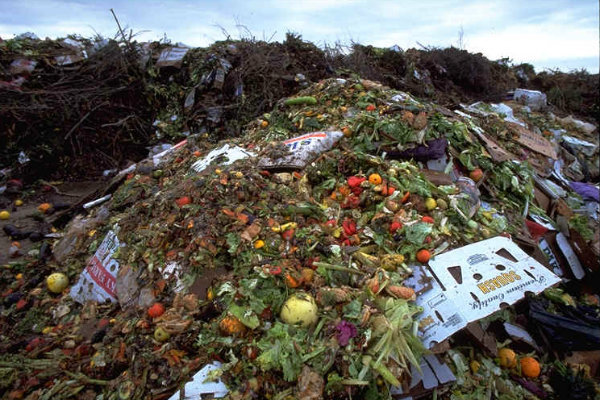 Britain‘s biggest supermarkets have lent their signatures to the Courtauld 2025 Agreement to cut food and drink waste by one fifth in time for 2025.

The Agreement was produced by the Waste and Resources Action Programme (WRAP), a charity working on behalf of the government. Already, leading local authorities and even brands as big as Coca-Cola and Nestle have committed their names to the goal.

The food waste produced by UK households, hospitality and food services, food manufacture, retail and wholesale businesses is estimated to be around 12m tonnes. According to Wrap, 75% of this can be avoided. The value of the waste is over £19bn per year and, according to Wrap, can be associated with over 20m tonnes of greenhouse gas emissions.

“Food waste – at any stage from the farm to the house – is something we should avoid,” said Rory Stewart, Department for Environment, Food and Rural Affairs Minister. “It wastes precious water and resources.”

Sainsbury‘s, Asda and Tesco are among the biggest retailers to sign the Agreement, which has already gathered 98 signatories. The news comes mere days after announcement by Tesco that it would be donating any excess food “that can be eaten” to charity.

“To safeguard UK good we need a step-change to increase sustainable food and drink production and consumption, conserve resources and combat climate change,” said Dr Richard Swannell, Director of Sustainable Food Systems at Wrap. “Courtauld 20215 will do this.

This is an ambitious undertaking and having signatories on board on day one puts us in a strong position at the start of this new era for our food industry.”

“Under the last framework we have already reduced food waste in the supply chain by 10%,” Stewart continued. “And this team-work and leadership should allow us to go much further.”