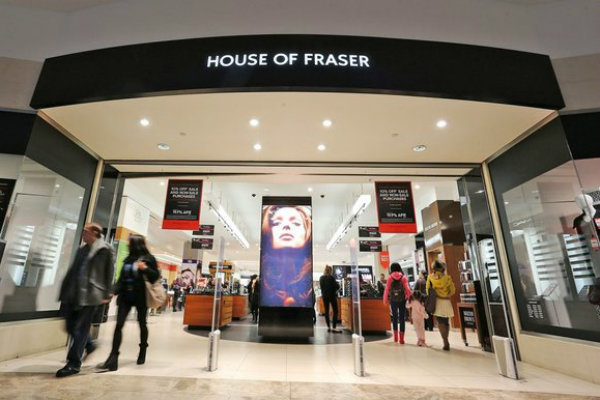 Sanpower, the Chinese owner of House of Fraser, is in discussions to sell a stake in the department store chain just two years after a £480m buyout.

The Chinese conglomerate, which is chaired by Yuan Yafei, bought House of Fraser in 2014 through its subsidiary Nanjing Xinjiekou, which operates a chain of department stores in China’s Nanjing province.

Sanpower is currently exploring a “cooperation arrangement” with Hong Kong-listed shoe retailer C. Banner, which “may eventually lead to an acquisition” of a stake in House of Fraser, a statement on the Hong Kong stock exchange explains.

The statement said a strategic alliance with House of Fraser’s parent company Highland group could help give the two businesses “greater bargaining power” with suppliers and help grow their brands.

“The company and Nanjing Xinjiekou are currently exploring possible structures for their cooperation and no agreement has been reached in respect of the acquisition of an interest in Highland Group by the company,” a spokesperson for C. Banner said.