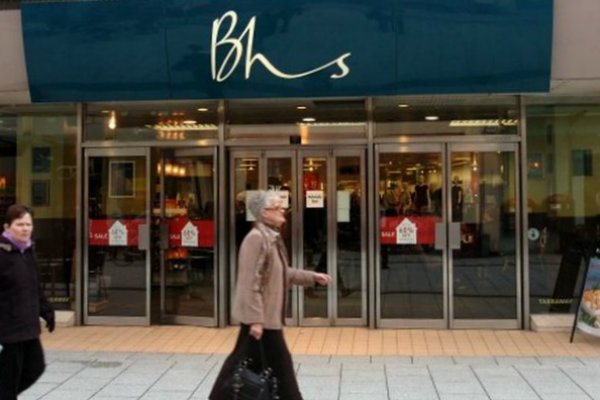 Frank Field has snubbed a legal threat from retail tycoon Sir Philip Green, who was urged to to “get on with signing a cheque” for BHS’s pension deficit instead.

The senior Labour MP, who co-led a joint parliamentary inquiry into the collapse of the 88-year-old high street giant, received a letter from Green‘s lawyers on Monday which demanded an apology within 24 hours for “highly defamatory and completely false” statements made by Field on BBC Radio about Green and the money from the pension funds of the BHS and Arcadia retail groups.

In response, Field told the Press Association he was not going to act on the letter and wanted Green to “stop this displacement and get on with signing a cheque”.

“He should take action, and whether he will take action against me is up to him,” Field said.

“Of course, the people want him to take action on the pension fund and not chase me.”

Pressure has been mounting on Green, especially since the parliamentary inquiry report was published on Monday and his knighthood was placed under review last week, to bail out the £571 million pension deficit at BHS which his own funds – especially since he raked in over £400 million in dividends when his firm Arcadia Group owned the retailer from 2000 to 2015.

Green has said he was “trying to find a solution” for the pension scheme and has apologised to BHS staff caught up in the scandal since the department store chain collapsed in April – less than a year after Green sold it for £1 to former bankrupt Dominic Chappell and his Retail Acquisition firm.

According to the Press Association, Green‘s lawyers are understood to be considering “other remedies” in response to Field snubbing their demand for an apology.

Chappell has also confirmed he received a legal letter from Green, who threatened him and three other Retail Acquisitions directors with legal action.

In the parliamentary inquiry report, Chappell was labelled as a “chancer” and “manifestly unsuitable buyer” who exploited BHS for his personal gain.

During the inquiry, Chappell admitted to MPs he earned £2.6 million from his short-lived ownership of BHS.

While Chappell and several other figures in Retail Acquisitions and Arcadia Group were criticised in the inquiry report, the blame for BHS‘ collapse was ultimately placed on Green.

Chappell is expected to make a statement on the findings outlined in the report sometime this week.