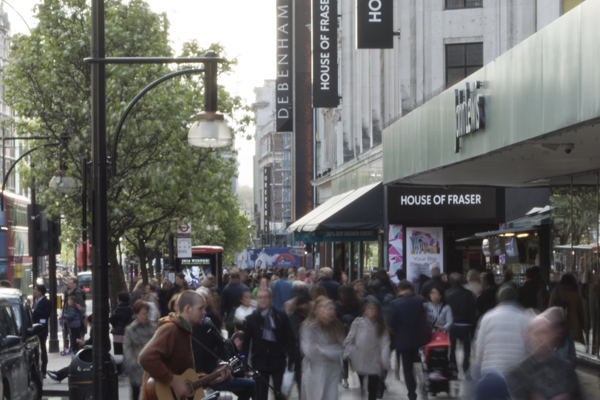 Retail industry observers believe this year’s post-Ramadan celebrations could lead to a sales jump to rival Christmas, as the UK welcomes an influx of tourists from the Middle East.

With Muslims around the world celebrating Eid el Fitr, consumer insights group Worldpay said UK retailers – especially those in London – could add millions to their flagship stores thanks to a “Ramadan Rush” phenomenon.

According to Worldpay UK, Middle Eastern visitors will spend £251.05 on average during each visit to the till, nearly eight times the European tourists average iof £32.76 per transaction.

In addition, turnover for retailers for the month following Eid el Fitr alone could rise by 368 per cent.

Worldpay chief marketing officer James Frost added that during Eid, luxury fashion retailers or high-end department stories like Selfridges and Harrods would experience a significant influx of tourists – especially those from the Gulf region.

“During Eid, there‘s a kind of sense of celebration, of letting go and enjoying the moment.” he told Retail Gazette.

“There‘s a lot of travel during Eid, people take holidays, travel with families, and the UK has always been a popular destination for tourists from the Middle East.”

When asked why London was always a hotspot for Middle Eastern tourists, Frost said irt was because of the range of shopping it offered.

“It’s a great retail destination and some of the areas that they visit, like Selfridges and Harrods, they‘re all really popular destinations,” he said.

“It really is quite a phenomon on the retail calender.”

With currency fluctuations working in favour of foreign shoppers in the wake of the Brexit economic fallout, Worldpay also predicts this year‘s “Ramadan Rush” could break records.

“Retailers should think about making it part of their calendar, as they do with Christmas and other holidays,” Frost said.

He added that London retailers were particularly well-positioned to do this compared to other western cities, not only because of the high numbers of Muslim tourists, but because of the way around 12 per cent of Londoners themselves identify as Muslim, too. 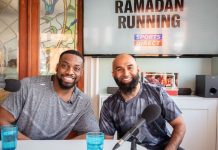