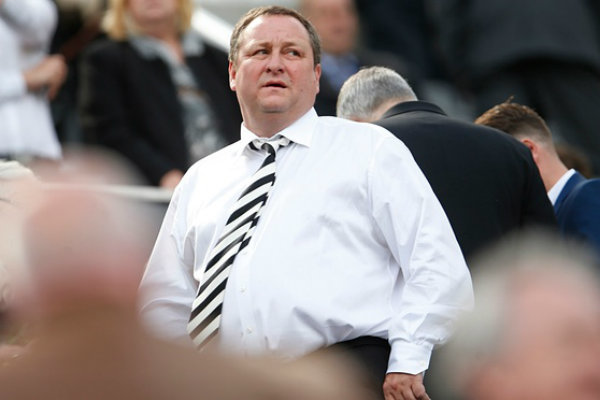 In the critical report, the MPs who form the Business Committee said they were presented with a “disturbing picture” of work practices during their investigation into the retail giant.

They found employees working in Sports Direct‘s retail outlets and at its warehouse in Shirebrook, Derbyshire were treated as “commodities” instead of human beings.

They also said it was “irresponsible, if not reckless” for Sports Direct to give them £50 million when they did not appear to understand employment law.

“Workers at Sports Direct were not being paid the national minimum wage, and were being penalised for matters such as taking a short break to drink water and for taking time off work when ill,” the report read.

“Some say they were promised permanent contracts in exchange for sexual favours.

“Serious health and safety breaches also seem to have occurred.”

Committee chairman and Hartlepool Labour MP Iain Wright said: “The evidence we heard points to a business whose working practices are closer to that of a Victorian workhouse than that of a modern, reputable high street retailer.

“For this to occur in the UK in 2016 is a serious indictment of the management at Sports Direct and Mike Ashley, as the face of Sports Direct, must be held accountable for these failings.

“It’s seems incredible that Mike Ashley, who visits the Shirebrook warehouse at least once a week, was unaware of these appalling practices,” Wright continued.

“This suggests Mr Ashley was turning a blind eye to conditions at Sports Direct in the interests of maximising profits or that there are serious corporate governance failings which left him out of the loop in spite of all the evidence.

“This model has proved successful for Mr Ashley and there is a risk this will become much more the norm in Britain.

“A modern and developed economy focused on innovation and supporting entrepreneurialism and enterprise cannot be allowed to operate like this.

“We were also disgusted at the poor evidence given by the agency companies, who deduct money from low-paid workers without proper explanation and justification.”

Ashley has said he would engage with the Unite union, highlighting his commitment to continue improving working conditions.

The company also stated it would study the report “very carefully” and reiterated its policy to treat all staff with respect.

The MPs stated their intention to visit Sport‘s Direct Shirebrook‘s warehouse and called for a review of its health and safety conditions. They also wanted the Gangmaster and Labour Abuse Authority to examine its employment practices.