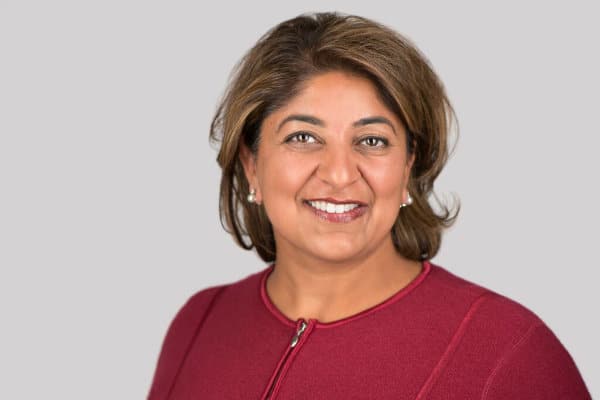 Many brands claim to be “global retailers” but few have done as much for the acquisition of cross-border trade than Alibaba.

Back in October the Retail Gazette spoke to the newly-appointed UK managing director of Alibaba, Amee Chande. Coming into a brand new role amid the company‘s unprecedented push into the UK and Europe, Chande has had her work cut out.

However, since January Alibaba has rarely been out of the headlines. Last month it reported its highest sales on record — no small feat for the biggest retail brand in the world.

“Approaching my one year anniversary and it‘s been a phenomenal learning experience,” Chande said.

“What‘s unique about Alibaba is that it‘s a technology company, which means it is very very fast paced. What still drives me is that it is still very customer-focused.

“This year alone we‘ve seen T-mall, the part of the business focused on international brands, grow 130 per cent.”

UK retailers have started taking advantage of the huge markets Alibaba has to offer them. For a little perspective Alipay, Alibabas own digital wallet now used by many British retailers, is used by 500 million Chinese consumers and is now the second biggest digital wallet on the planet, recently overtaking Mastercard.

“As we‘re closer to our brands here in the UK market what we‘re doing is making sure they understand and have the ability to access other parts of the Alibaba ecosystem, which deepens our relationship with these companies, but also gives them an opportunity to allow them to accelerate their growth in China,” Chande added.

At the heart of the company is an ethos which aims to usher trade between retailers and consumers, and most importantly across international markets. Encouraging trade between markets that are almost alien to each other is a challenge Chande has taken head on.

“That has been an advantage for larger companies that have buying teams and the resources to go to China and order large quantities, we can let someone do that from their desktop,” she said.

“What we‘re finding is some small businesses are on this journey where the thought of building stores was a barrier. We offer the opportunity to do that at a much lower cost through ecommerce which really in our world has never happened before.

“We‘re able to provide data. Over 80 per cent of consumers will start their shopping journey on our Chinese platforms. That means we have a huge database of consumer searches.”

As the world‘s largest global retailer, Alibaba has a wealth of information on global buying patterns. It uses this data to inform businesses about huge markets they had never even considered, and provides them with a platform to bring it to them.

“The education part of the data is unbelievably important. 300 million Chinese emerging middle class consumers come online and what they‘re looking for is to be inspired, think how can I express my individuality, the other is exposing them to new products then help them understand how or why they should use it,” Chande said.

“That educating is to do with emulating a lifestyle, not just consuming a product.”

What‘s unique about Alibaba and what has driven much of its success is its propensity to push innovation and explore new avenues. Despite having hundreds of millions of users, there is a still a heavy emphasis on looking at new ways to engage with them.

“What we do as a company is really listen to consumers and because so much of the transactions engage with the tech we have on our platforms,” Chande explained.

“We are in a unique position to be able to really look at it and push the boundaries. 75 per cent of transactions are mobile.

“We‘re introducing virtual reality. Imagine you‘re in China and you can watch the runway show of a particular brand in their bond street store. We‘re really pushing the boundaries of using data for personalisation.”

This ethos trickles down through every element of the business, using its vast wealth of data and technology capabilities to an end focused entirely on the consumer.

“We want to build trust. For many businesses it can seem potentially very risky, trading with someone they have never met.

“We introduce real time communication between consumer and merchant that allows consumers to engage directly. That is about recreating the environment we had in an offline world, where you can talk to the shop keeper and ask the questions.”

The future for Alibaba looks inescapably lucrative, with an aim to reach two billion users in the not so distant future.

Looking at the current figures and rates of growth for the company, this seems less like hyperbole and more like a formulated plan of action.