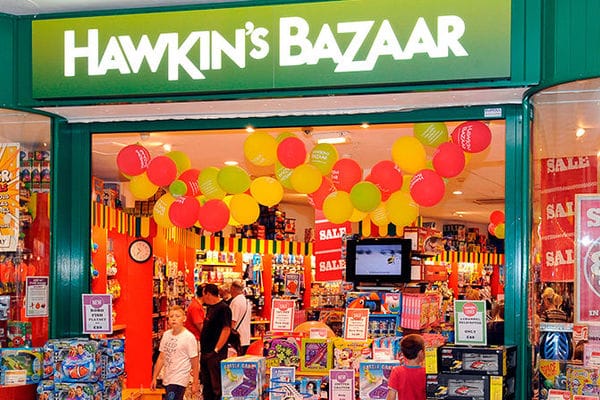 This ambitious expansion will see the chain almost double its outlets from 30 to 50, after rebuilding itself from the ground up.

In 2011 the chain fell into administration during a nationwide slump in consumer spending, but has now uplifted its turnover from £8 million in 2012 to £14.1 million last year.

The dramatic turnaround was brought about by removing dependence on the Christmas period and introducing classic and well selling toy brands like Ty Beanies, Hornby model trains, drones and Star Wars toys.

“The opportunity is potentially much greater, that‘s being fairly conservative. But we don‘t want to open 20 stores a year because that would make it quite unstable,” head of Hawkin‘s Bazaar David Mordecai said.

Starting this Christmas with around 10 pop-ups, it is shopping around London for potential sites.