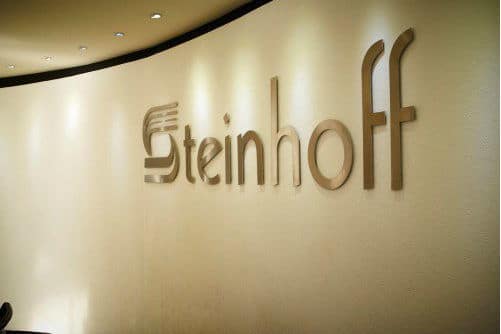 South African retail giant Steinhoff has warned the depreciation in the value of the sterling could have a profound effect on its British businesses.

The Harveys and Bensons for Beds owner, who is currently finalising the acquisition of Poundland in the UKm said that it could have an “unfavourable effect when translating out businesses’ earnings reported into euro”, and could also have “an adverse effect on future margin”.

Following the EU referendum, the value of the sterling has dropped up to 10 per cent against the US dollar.

Steinhoff is marching on with plans to expand across the UK and Europe following a failed attempt to buy Argos owner Home Retail Group, and a troubled takeover of Poundland.

“The referendum on 23 June… has created uncertainty in the business community and financial markets,” Steinhoff stated.

“While the effect of this decision on consumer demand across Europe remains uncertain, the devaluation of the pound sterling may also result in an unfavourable effect when translating our businesses’ earnings reported into euro.”