A new study has found that retailers who fail to keep up with the demands of the “go economy” could be losing billions in potential revenue.

On-demand delivery platform Stuart has released research that found retailers who did not offer next day delivery could be missing out on £4.9 billion in potential earnings.

Despite many big name retailers scrambling to offer the fastest delivery possible, many are struggling to keep up.

According to Stuart they could be losing customers, with 79 per cent of those surveyed saying they‘d look elsewhere.

Seventy-two per cent of consumers stated they would spend more when online shopping if their favourite retailers offered next day delivery.

This is estimated to cost the retailer £168 per customer per year.

This figure stands to increase as 62 per cent of consumers have said they would pay a premium for next-day-delivery, a further 63 per cent said they had abandoned a purchase due to lack of delivery options.

“Too often convenient delivery – and returns – are being considered a ‘nice to have‘, not a necessity, by high street brands

“The retailers who invest in (same-day delivery) now will not only be winning the race for consumer loyalty but will also reap the financial rewards that come with it.” 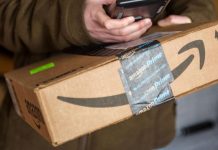 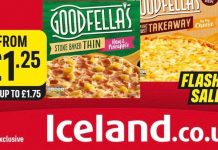