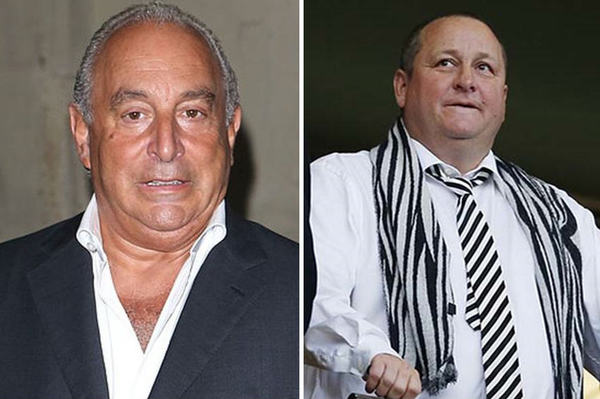 Online fashion retailer MySale, which is backed by both Mike Ashley and Sir Phillip Green, has reported strong profits.

MySale revealed it struck a deal with Ashley‘s Sports Direct, meaning that items from the sportswear retailer will now appear on MySale‘s website.

Ashley owns a 4.8 per cent stake in the company, whereas Green owns a far more significant 25 per cent. The company floated in 2014 when the billionaire pair made their investments.

After going public in 2014, MySale – which trades in Australia, New Zealand, south east Asia and the UK – the company struggled to make profits following an error on its listing price costing the pair millions in paper losses.

As an international retailer, MySale claims they are poised to deal with the fallout of Brexit, and may even profit from the weak pound.

Retail analyst Nick Bubb said: “Given their recent troubles, the embattled Philip Green and Mike Ashley could do with some good news and they may find some in today’s finals, which show a continuing recovery, as reflected in the recent recovery in the share price.”